Some 90% of Eastern Mosul Liberated from Daesh, US Military Announces 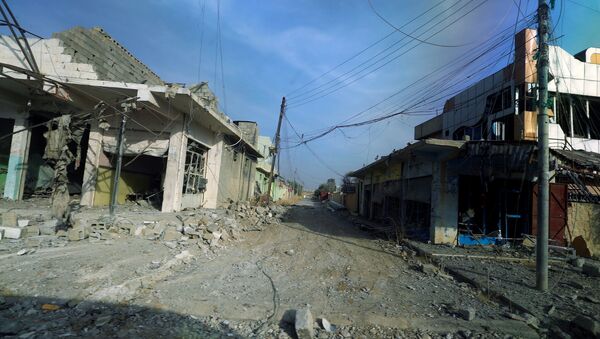 Almost the entire eastern part of the Iraqi city of Mosul has been cleared from Daesh terror group, Operation Inherent Resolve spokesman John Dorrian said in a press briefing.

US Generals Try to Save Face in Mosul After Aleppo Liberation
WASHINGTON (Sputnik) — When asked how much of eastern Mosul has been cleared, Dorrian stated on Tuesday that the anti-Daesh forces are "probably at the 85 or 90 percent point" at the moment.

Dorrian noted, however, the US-led coalition against Daesh was concerned about terrorist "sleeper cells" that may have remained in the cleared parts of Mosul.

The operation to liberate the city from Daesh began on October 17, 2016.

Iraqi troops have managed to advance in the eastern part of the city, but the western part — on the right bank of the Tigris River — remains under control of the militants.

Daesh, is outlawed in the United States, Russia and numerous other countries around the world.