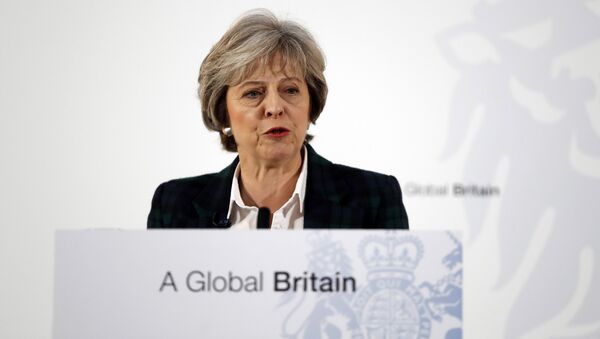 British Prime Minister Theresa May famously declared "Brexit means Brexit" after taking over from David Cameron in the aftermath of the referendum that saw the UK become the first ever member to leave the European Union in a vote that sent shockwaves around Europe.

May's keynote speech ahead of beginning negotiations on leaving the EU and establishing its new relationship with Brussels was strong on "global Britain" and called for a new "bold and ambitious" free trade agreement with the EU, giving British companies the "maximum freedom to trade with the EU", suggesting the UK could negotiate a new customs union with the EU.

"But it cannot mean membership of the single market," she said.

​May has played a politically astute role in the whole Brexit debate, having been the most significant Conservative politician to play her cards very close to her chest in the run-up to the referendum, leaving Cameron — who campaigned to remain in the EU as leader of a party split for years over EU membership — exasperated at her lukewarm support for remaining in the EU.

She emerged from what has been described by Craig Oliver, Cameron's head of communications, as the "murder and betrayal" of the referendum campaign.

"The skill was understanding that in a Parliamentary Conservative Party that was split down the middle, the most attractive candidate was always going to be the one that both Remainers and Leavers could stomach after all the bloodletting. Theresa May backed Remain, but she did it in a way that made clear that for her, it was a finely balanced decision," Oliver wrote in his book, Unleashing Demons.

As widely leaked, her first speech setting out her terms of leaving the EU told of a Britain that wanted to continue to trade with the remaining EU states "as freely as possible" but will not be "half-in, half-out" — a brilliantly written couple of phrases eagerly picked up by the media across the world.

Britain would be "reliable partners, willing allies and close friends" to the remaining 27 EU member states."

"We are leaving the EU, but we are not leaving Europe," she said.

"We want to buy your goods, sell you ours, trade with you as freely as possible, and work with one another to make sure we are all safer, more secure and more prosperous through continued friendship."

11: We will continue to work closely with our European allies in foreign and defence policy even as we leave the EU itself. pic.twitter.com/lZaO9qhmyS

Gosh, May is floundering under some perfectly reasonable questions. #BrexitSpeech

Another great question "what if Parliament rejects the final deal" #TheresaMay has no clear answer; willingness of the people? #BrexitSpeech

However, she said the UK would continue to cooperate on intelligence and security issues, as well as some foreign and defense matters. However, some may say that — in itself — is cherry-picking, which the Brussels machine has made clear it will not allow.

However, in the same way that she steadfastly steered what Oliver described as her "submarine strategy" ahead of the referendum, she has said much but given little away.

The Brussels machine is adamant: "If you want to trade with us, you trade on our terms. And that means compliance with the four pillars: the freedom of movement of workers, goods, services and capital. End of."

12: We believe a phased process of implementation will be in the interests of Britain, the EU institutions and member states. pic.twitter.com/5gMEb1Klpk

​May presides over a party that has been riven with disagreements over Europe for decades and took over a leader simply by dint of being the "last one standing." Her "submarine strategy" may have worked on the Conservatives, delivering her ambition to enter Number 10 Downing Street, but whether it will work on Brussels is another matter.