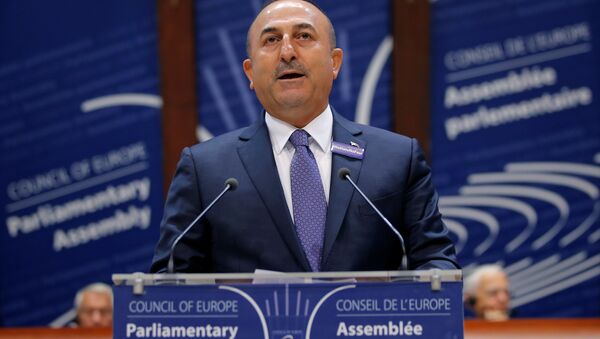 Ankara created conditions for negotiations between Moscow and the Syrian opposition and acted as a guarantor of the ceasefire, Turkish Foreign Minister Mevlut Cavusoglu said.

MOSCOW (Sputnik) — The minister pointed out that Ankara and Moscow had also successfully cooperated during the evacuation of civilian population and members of opposition from eastern parts of the Syrian city of Aleppo.

"Ankara created conditions for the talks between representatives of the [Syrian] opposition and the Russian side… In this case Turkey acted as a guarantor country. Now we are holding negotiations and consultations regarding the meeting on Syria in Astana. We have discussed the Syrian issue with [Russian Foreign Minister] Sergey Lavrov in a phone conversation yesterday," Cavusoglu said on Tuesday, as quoted by the Anadolu news agency.

Syrian National Security Bureau Chief May Take Part in Astana Talks – Source
On December 17, 2016, Russian President Vladimir Putin and Turkish President Recep Tayyip Erdogan discussed in a phone call the possibility of a meeting between the Syrian conflicting parties in Astana. Kazakh President Nursultan Nazarbayev supported the initiative and expressed readiness to provide a platform for such talks in the Kazakh capital.

Since 2011, Syria has been engulfed in a civil war, with government forces fighting against numerous opposition and terrorist groups, including the Islamic State (IS) and Jabhat Fatah al Sham, which are banned in a range of countries, including Russia.