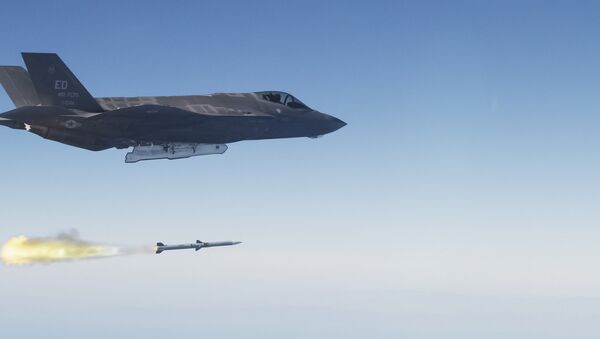 © Flickr / National Museum of the US Navy
Subscribe
The governments of Japan and the United Kingdom are working to develop modern rocket fighter weapons, in a further indication of the two countries' deepening defense relations.

The pair seek to develop a new air-to-air missile by the end of 2017, to be installed on the US' latest stealth fighter, the F-35 Lightning II. These jets, it has been reported, will be stationed on the UK's new aircraft carrier, the HMS Queen Elizabeth, which will patrol the China Seas from 2021. 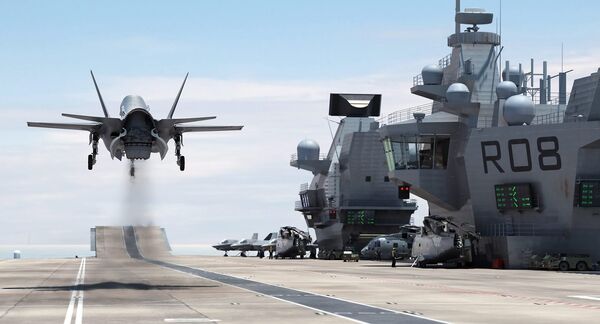 Closer military ties between Japan and the UK were mooted in January 2016, when UK Defense Secretary Michael Fallon met with his Japanese counterpart, General Nakatani. 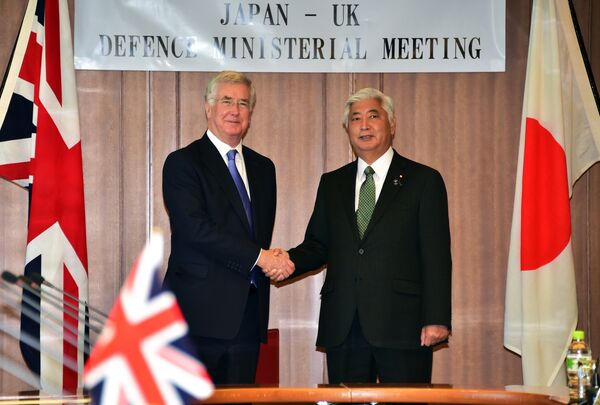 British Defence Secretary Michael Fallon (L) shakes hands with his Japanese counterpart Gen Nakatani prior to their talks at the defence ministry in Tokyo on January 9, 2016
© AFP 2021 / Yoshikazu TSUNO

More recently, Fallon called on UK military diplomats to capitalize on the country's expanding overseas "security" network to deliver "prosperity" for Britain — a move some observers believed suggested a yearning for a return to the days of British Imperialism.

Little secret has been made of the UK's global ambitions since the Brexit referendum result, with the head of the Royal Navy, First Sea Lord Admiral Sir Philip Jones, telling City of London representatives UK armed forces would "closely support the UK's prosperity" and help "guard" maritime trade, and another, an audience in Washington that the Royal Navy stood ready to "protect and further" the UK's economic interests.

Increasing UK interest in Asia comes at a time of high and rising tension between China and the US and Japan over the South China Sea.

At his Secretary of State confirmation hearing, Rex Tillerson criticized previous administrations for allowing China to "push the envelope" and build "illegal" artificial islands in the disputed waters, and suggested the US Navy should hamper China's operations there via blockade. The Chinese government responded by saying such an action would prompt a "military clash" between the two nations.

Conversely, Beijing has seemingly managed to achieve accord on the issue with Vietnam, with the two governments promising to settle differences over territorial claims in the region, following a meeting between Vietnamese Communist Party chief Nguyen Phu Trong and Chinese President Xi Jinping in Beijing.

Nonetheless, several other countries, including Brunei, Malaysia, the Philippines and Taiwan also have claims in the sea, through which US$5 trillion worth of maritime trade passes every year.

000000
Popular comments
Very strange that the UK would "help" Japan, when both the chicom/uk globalist alliance is still in full force, and everyone knows china will destroy Japan within a decade or so do to Japan's horrible war crimes against china, they've never forgotten in WWII.