The Coup Against Trump and Why Russia 'Must Be Destroyed' 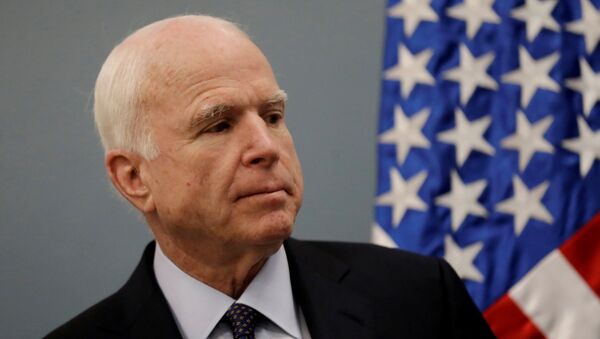 John Wight
All materials
Delenda est Cathargo ("Carthage must be destroyed") are words that come down to us from ancient history. It is said they were spoken by the famed Roman statesman and orator Cato the Elder at the end of his speeches. They remain relevant today in the case of Trump, Russia and a Washington establishment that is intent on destroying both.

The Rome of our time is Washington, Russia is Carthage, and today's Cato the Elder is none other than US Senator John McCain, whose quest for conflict with Russia is unbounded. 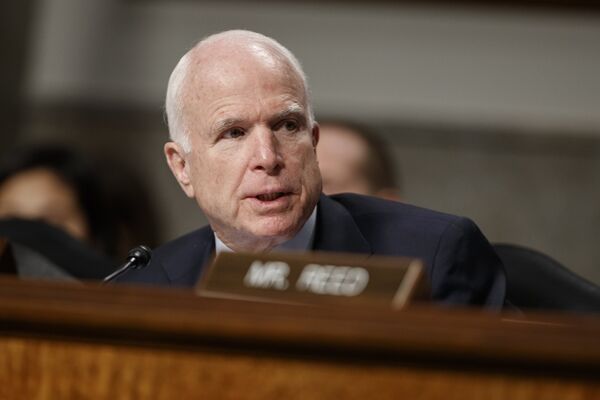 Indeed for Mr. McCain the belief that Russia must be destroyed has been elevated to the status of a self evident and received truth.

Origins of the 'Dodgy Dossier'

It was McCain who passed the "dodgy dossier" on Trump to the FBI, after receiving it from former UK ambassador to Russia, Sir Andrew Wood. Contained within the dossier is information purporting to reveal how Trump has been compromised by Russian intelligence over various sexual encounters with prostitutes in a Moscow hotel room. Compounding the scandal, adding to the lurid nature of it, are reports of the existence of a second Russian dossier on the President-elect.

The dossier's originator has been revealed as former British MI6 intelligence officer Christopher Steele, who now runs a private intelligence company and has, according to reports, gone into hiding in the UK, supposedly fearing assassination by Russian agents.

The fact that Mr. Steele hasn't set foot in Russia for a number of years and reportedly, on behalf of Trump's enemies within the Republican Party establishment, paid for the information contained in the 35-page dossier, recently released with the caveat that its contents cannot be verified, should have been more than enough to have it instantly dismissed as, well, fake news?

In an article that appeared on the UK's Independent newspaper website — titled "The dodgy Donald Trump dossier reminds me of the row over Saddam Hussein and his fictitious weapons of mass destruction" — Patrick Cockburn writes, "I read the text of the dossier on Donald Trump's alleged dirty dealings with a scepticism that soon turned into complete disbelief." Later in the same article he observes, "In its determination to damage Trump, the US press corps has been happy to suspend disbelief in this dubious document."

More significant than the fact this dossier was not immediately dismissed is the timing of its emergence and subsequent publication by the US news site, BuzzFeed. It comes on the very cusp of President-elect Donald Trump's official inauguration as the 45th President of the United States on January 20th, and the very point at which his cabinet appointees were being grilled over their views of Russia, the threat Russia allegedly poses to the US and the West, during their official Senate confirmation hearings.

By now most people are aware, or at least should be, of Washington's long and ignoble history when it comes to fomenting, planning, supporting, and funding political and military coups around the world — in Central and Latin America, the Middle East, Africa, and elsewhere the CIA and other US agencies have brought down countless leaders and governments that have refused to toe the line when it comes to serving US interests.

In unprecedented fashion, what we have in this instance are those same deep state actors, working in conjunction with the US liberal establishment, currently engaged in a coup designed to destroy the Trump presidency — if not before it begins then certainly soon after, with the prospect of impeachment proceedings against him already being mooted in Washington circles.

During his recent press conference, Trump felt minded to declaim against Washington's bloated intelligence community, accusing it of releasing the dossier to the media, an allegation US intelligence chiefs have denied. The result is an unprecedented open war between the country's next president and his soon-to-be intelligence services that has pitched the country into a political crisis that grows deeper by the day.

The Power of the Military Industrial Complex

On the question of why the US deep state and Washington's liberal establishment is so intent on maintaining Russia in the role of deadly enemy, the answer is very simple — money.

Huge and powerful economic and ideological interests are tied up in the new Сold War of the past few years.

We're talking the country's previously mentioned gargantuan defense and intelligence budgets, continuing US support and financing of NATO, along with reason for the continued existence and funding of the vast network of political think tanks in Washington and throughout the West, all of which are committed to sustaining a status quo of US hegemony and unipolarity.

Russia's emergence as a strategic counterweight to the West in recent years has and continues to challenge this hitherto uncontested hegemony, providing lucrative opportunities for organizations, groups, and individuals with a vested interest in the resulting new Cold War. For those of a skeptical persuasion in this regard, I refer you to the chilling warning issued by former US President Dwight D. Eisenhower prior to leaving office in 1960 to make way for his replacement, John F. Kennedy.

In his televised farewell address to the American people in 1961, Eisenhower said, "We have been compelled to create a permanent armaments industry of vast proportions. Added to this, three and a half million men and women are directly engaged in the defense establishment. We annually spend on military security more than the net income of all United States corporations."

"This conjunction of an immense military establishment and a large arms industry is new in the American experience. The total influence — economic, political, even spiritual — is felt in every city, every State house, every office of the Federal government. We recognize the imperative need for this development. Yet we must not fail to comprehend its grave implications. Our toil, resources and livelihood are all involved; so is the very structure of our society."

Finally, Eisenhower warned the American people how, "In the councils of government, we must guard against the acquisition of unwarranted influence, whether sought or unsought, by the military industrial complex. The potential for the disastrous rise of misplaced power exists and will persist."

Though neoconservatives may no longer be in the driving seat in Washington, neoconservative ideas undoubtedly are. And prime among them is the idea that not only must Russia be destroyed but also anyone who would dare stand in the way of this narrative, up to and including President-elect Donald J. Trump.