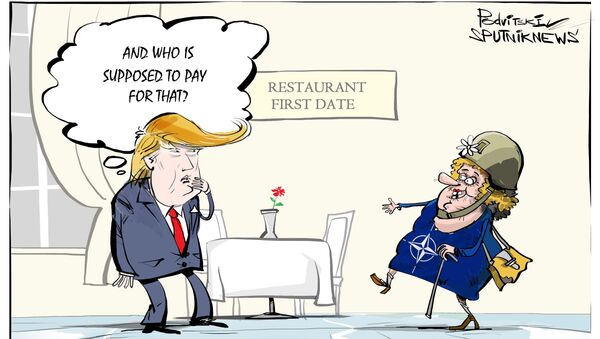 US President-elect Donald Trump reaffirmed his pre-election stance and said that NATO is an obsolete organization since it is not much engaged in counterterrorism and member states are not contributing enough.

"I said a long time ago that NATO had problems. Number one it was obsolete, because it was designed many, many years ago," Trump said, as quoted by the Times newspaper.

Trump also noted that the organization should be reformed.

"The countries aren’t paying what they’re supposed to pay. I took such heat, when I said NATO was obsolete. It’s obsolete because it wasn’t taking care of terror," the US president-elect said.