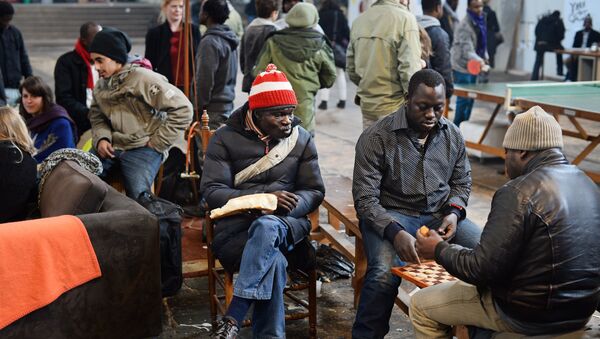 © AFP 2021 / OLAF KRAAK / ANP
Subscribe
The number of asylum applications in the Netherlands declined by 46 percent in 2016 as compared to the year before, the Immigration and Naturalisation Service (IND) said in a Monday statement.

Germany Received More Asylum Applications Than Other EU States in 2016
MOSCOW (Sputnik) — A drop from 58,900 applications in 2015 to last year's 31,600 took place, according to the statement.

Syrians made up 34 percent of all those seeking asylum in the country, with Eritreans and Albanians representing 9 percent and 5 percent respectively.

According to EU statistics agency Eurostat, more than 43,000 migrants and refugees sought asylum in the Netherlands in 2015, almost twice as many as in 2014.

Dutch Prime Minister Mark Rutte had named a decrease in number of refugees coming to Europe as one of the priorities for the Netherlands' 2016 rotation of the EU presidency.