'Muslim NATO' Has Little Chance to Succeed. Here's Why 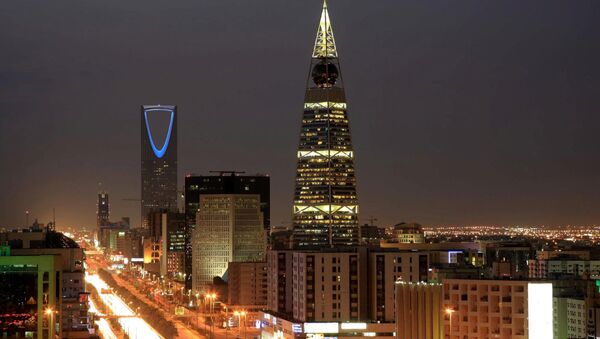 The recent appointment of Pakistani retired army chief Raheel Sharif to become the first commander of “Muslim NATO” has faced a flood of criticism.

Syrian Army Claims US, Saudi Arabia Allow Daesh to Flee From Mosul to Syria
The Saudis have invited the accomplished retired general to take up the post of the commander-in-chief of the Islamic Military Alliance to Fight Terrorism (IMAFT), a proposed coalition of 39 countries that will have its headquarters in the Saudi capital, Riyadh. The aim of this alliance is to combat terrorism in the Middle East and Asia.

The Saudis have had the idea of having own military alliance for some time now. It was becoming clear that Riyadh did not like that the fate of the Middle East was being decided in Washington, London and Moscow.

Furthermore, the recent cooling of relations of Saudi Arabia with the United States and President Obama's overtures to Iran were alarming for the Muslim countries, especially to Saudis.

Therefore, in December 2015, King Salman announced the formation of “Islamic Military Alliance to Fight Terrorism,” (IMAFT) whose primary objective will be to fight terrorism and focusing on eradicating extremists in Syria, Iraq, Yemen and Libya.

Almost all Muslim countries except Iran, Syria and Iraq were invited to join. However, the exclusion of the before mentioned countries immediately turned the alliance into a Sunni organization in the eyes of some experts.

Sputnik Persian spoke with independent expert on international and regional policy Farzad Ramazani Bonesh about this alliance and how successful will it be in fight against terrorism.

“In recent years, Saudi Arabia has tried to actively set up Pakistan against Yemen by bringing the Pakistani military into Saudi ranks. Pakistan, however, in the so-called Islamic military coalition led by Saudi Arabia has taken quite a neutral stance,” Bonesh said.

The expert further said that Saudi Arabia has been trying to attract such a prominent and experienced retired general such as Raheel Sharif for a long time now.

“However, it is worth noting that for many Pakistan’s military personals the coalition led by Saudi Arabia seems more like a pro-Sunni alliance against the Shiites rather than an Islamic coalition against terrorism, because Iran has not been included,” Bonesh told Sputnik Persian.

Assad Says Saudi Arabia Wanted Syria to Cut Ties With Iran
That is why during the active negotiations with the Saudis, Raheel Sharif voiced his demands, in particular, to involve Iran in the alliance and not make the alliance a sectarian one in nature.

Talking about its effectiveness the expert said that the alliance will be much dependent on Saudi Arabia because it is the main financier of the IMAFT. Hence, other members of the alliance will seldom have an independent influence on any decisions, in his opinion.

“In addition, there are very different players who have different goals, there is no consensus on the objectives and there is no common enemy. The absence of important regional players such as Iran suggests that this military alliance cannot be called Islamic,” Bonesh said.

According to the expert the idea behind this alliance is “naïve.” It is also possible that in reality Saudi Arabia is trying to pursue its own goals by carrying out its internal politics using the support of other Islamic countries.

Hence, it is too early to hope that such an alliance will be able to fight terrorism and resolve the regional crisis.