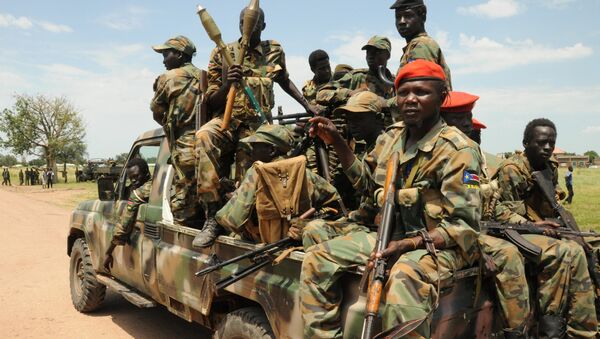 The Sudanese Council of Ministers chaired by President Omar Bashir extended on Sunday the ceasefire regime in the provinces of Blue Nile and South Kordofan for six months, local media reported.

US to Reauthorize Transactions With Sudan After Sanctions Lifted
MOSCOW (Sputnik) – The Council of Ministers also decided to create mechanisms and adopt procedures aimed at settling the conflict that are in line with the US-Sudanese roadmap agreement that resulted in easing US sanctions against Sudan, the SUNA news agency reported.

The Cabinet also hailed the role of the Arab leaders, the African Union, the Organization of Islamic Cooperation, the Arab League and the Non-Allied Movement that supported the Sudanese position in the conflict.

In June 2016, Bashir unilaterally declared a four-month ceasefire that has been prolonged twice since then.