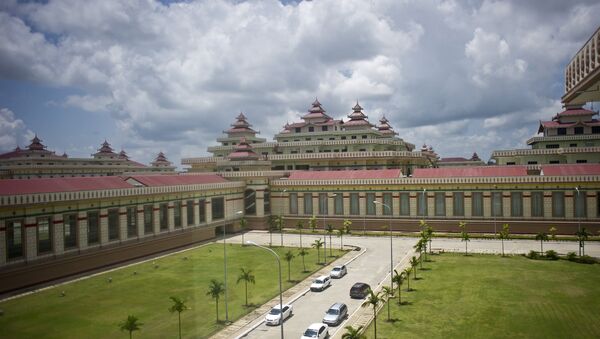 As displaced persons within Myanmar become more desperate, the country refuses to allow a UN special rapporteur on human rights to speak to its most threatened people.

UN special rapporteur on human rights Yanghee Lee has been denied access to some parts of the country's northern Rakhine State, where widespread abuse of Myanmar's Rohingya minority is suspected.

Malaysian PM: 'Genocide' of Muslims in Myanmar is 'Our Problem'

The government of Myanmar said "security concerns" drove its decision, Al Jazeera reports. In the Muslim Rohingya villages she was able to access, Lee was only allowed to speak to individuals the government had pre-approved.

The UN special rapporteur arrived in the country January 9 and will stay through January 20. She spent three days in Rakhine state, where more than 1 million Rohingya live without citizenship.

"We really hope that her visit brings a positive change for Rohingya and we hope to gain our human rights," a displaced Rohingya man living temporarily in Kyee Kan Pyin village told AP, speaking anonymously out of fear.

A resident of the village, Mohammad Hussein, said, "We have received hundreds of villagers whose houses were burned and they are living in our village and they have nowhere to go."

Rohingya activists say hundreds have been killed and thousands of homes burned, but with access to the area strictly restricted, claims are difficult to verify.

The most recent wave of violence began in October, when nine border police were killed by a gang near the border with Bangladesh. The ongoing crackdown and manhunt have left dozens dead. Some 65,000 Rohingya, who are officially stateless despite having lived in Myanmar for generations and are described as some the world's most persecuted people, have poured over the border into Bangladesh, according to the UN.

The government and military of Myanmar maintain that their actions, including "clearance operations" in Rakhine state, are necessary and lawful, and most of the time deny any violence or abuse has occurred.

Indian and Bangladeshi media report that the countries signed two agreements on security, cooperation and border control issues, and that Bangladesh asked Myanmar to take the Rohingya back. Bangladesh's prime minister notified the officials that his country's coast guard and border patrols had been told to turn refugees away.

"The special envoy has been informed that the recent arrival of a huge number of Myanmar nationals and the long and illegal stay of approximately 300,000 unregistered Myanmar nationals have disrupted stability and economic development in the very important region of Chittagong," Bangladeshi foreign minister A. H. Mahmood Ali told AFP.

According to the Myanmar Times, Myanmar officials said that the visit simply covered "bilateral relations."

"Another discussion topic included people who have recently migrated to Bangladesh. If it is found out after the verification process that the migrants crossed the border from Myanmar, then a discussion about Myanmar taking them back can be arranged at a suitable time," said foreign ministry spokesperson Daw Aye Aye Soe.

They had spent days trekking to the border after shells fell on two camps for the internally displaced within Kachin state.

Kachin aid workers said China may be feeling pressure from the Myanmar government not to accept its refugees, and may not accept them without an agreement with the Myanmar government. They also say that Myanmar's army has blocked humanitarian aid transfers for Kachin internally displaced people since last year.

Despite an August peace conference, the fighting that reignited between government forces and the Kachin Independence Army in 2011 has not abated, and dozens have been killed and thousands displaced since fighting erupted again in November, AFP reports.

More peace talks between the government, military and ethnic groups are scheduled for February, according to Radio Free Asia.

"China is a big nation. They need to respect human rights on an international level. They should protect the people who have no protection from fighting," humanitarian group spokesperson Gum Sha Awng said at a press conference in Rangoon January 13, The Irawaddy reports.

The China Post took a harsh tone with Myanmar in a January 16 editorial, saying China and Bangladesh should not pay for Myanmar's problems.

"Myanmar's policy towards the Rohingyas is inhumane and unacceptable. Its government should look at history and take note that highhandedness as a state policy is unviable in the long run. Hate, prejudice and racism are evils that always find new victims. Today it is the Rohingyas. Who will be next? It is the Myanmar government which created the Rohingya problem and it is solely its responsibility to find a lasting solution to it."