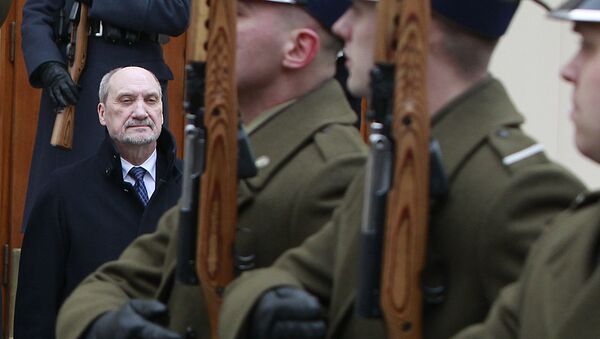 © AP Photo / Czarek Sokolowski
Subscribe
Last week, commenting on the deployment of several thousand US troops in Poland, Defense Minister Antoni Macierewicz announced that the move signified that the post-WWII order established at Yalta was effectively "over." Russian observers say that these kinds of statements are dangerous, since they open a Pandora's Box for territorial revisionism.

Addressing Polish television on Thursday, the defense minister said that the deployment of US and NATO troops in Poland has put an irreversible end to "Russian domination" in Europe.

"Yalta is over," Macierewicz stressed, referring to the Yalta Conference of February 1945 between the USSR, the US and the UK which helped determine the foundations of the postwar European order.

Obama's Last Trick: How to Evade a Russia-NATO Deal
Noting that the fate of the Polish state had been in Moscow's hands during the Cold War, the defense minister suggested that even after 1989, when Poland broke out of the Soviet orbit and began moving toward the West, the country was "constantly forced to contemplate…can we really do what is good for the people?"

But today, with the deployment of NATO troops on Polish soil, "all of this is over," Macierewicz stressed. "The Russian veto over the territories of Central Europe, over Poland, has been ended once and for all."

The official also said that President-elect Trump and the nominees to his cabinet realize perfectly well that Russia "is a threat." Therefore, he noted, Moscow should not expect any changes in its relations with Washington.

On Thursday, 3,500 US troops, 87 tanks, 18 Paladin self-propelled howitzers, 144 Bradley infantry fighting vehicles, and other heavy equipment arrived in Poland. In total 7,000 NATO troops are expected to be deployed in Poland as part of Operation Atlantic Resolve, an alliance mission meant to respond to 'Russian aggression' in Eastern Europe. The US troops will be stationed in Poland until the fall, until they are rotated out and replaced by more troops. 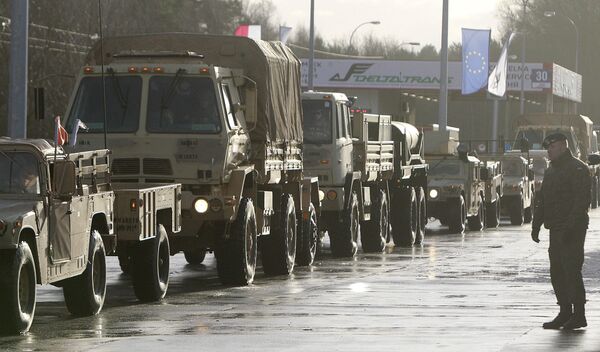 The Kremlin responded to the US and NATO buildup by calling it a threat to Moscow's national interests and to Russia's security. But this sentiment, according to Macierewicz, is really only "an expression of fear and a great sense of disappointment" over the fact that Central Europe faces "an end first to Soviet and then Russian domination," with Poland being "the key to Europe."

Commenting on Macierewicz's remarks, Strategic Culture Foundation contributor Andrei Areshev warned that they were "as symbolic as they were dangerous."

Russia Wants to See Poland as Strong, Independent Partner – Putin
Areshev noted that in their own time, the Yalta agreements helped to "determine the contours of the future world order, and post-war borders, first and foremost those of Poland."

The international affairs expert recalled that "before 1939, the eastern border of Poland was situated just outside Kiev and Minsk. As a result of the Yalta Conference, Warsaw returned its Belarusian and Ukrainian territories, captured [during the 1919-1921 Polish-Soviet War], as well as the Vilnius region of Lithuania. These territories entered the Belarussian, Ukrainian and Lithuanian SSRs, respectively."

"As compensation, Poland received territories which had belonged to Germany — in Silesia and along the Baltic coast. This turned Poland into a sea power with access to the Baltic Sea. Losing [territory] in the east, Poland acquired it in the west. This 'gift' from the Soviet Union is something Poles prefer not to remember, just as they are similarly eager to forget that Poland's allies in London were the most adamant opponents of the transfer of German lands to Warsaw."

Areshev suggested that in the wake of the defense minister's remarks, Kiev, Minsk and Vilnius should think seriously about what they imply. "The 'end of Yalta'" could be seen as "a claim for part of the territory of modern-day Ukraine, Balrus and Lithuania," he warned. Worst of all, the expert added, these types of comments weren't made by some random commentator, "but by the Minister of Defense." 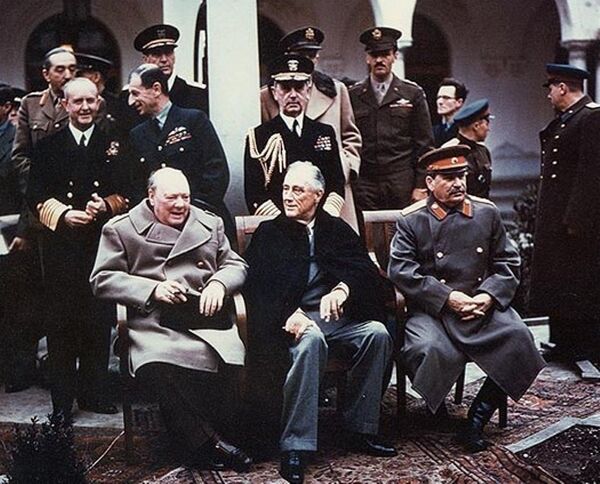 "Revanchism which could blow up Europe is raising its head," Areshev stressed. The question, he added, was "whether the Poles are willing, by encroaching on Ukraine, Belarus and Lithuania, to give up Silesia and the Baltic coast."

In addition to this danger, historians may challenge Macierewicz's comments for being historically inaccurate. The post-war Yalta order in Europe was effectively dismantled in the early 1990s by Soviet President Mikhail Gorbachev, who unilaterally rejected the post-war division of the continent into spheres of influence. Soviet troops began a retreat back into the Soviet Union, and in 1991, the Warsaw Pact, COMECON and the Soviet Union itself all ceased to exist. Those events then led to the peaceful breakup of Czechoslovakia, and the less peaceful disintegration of Yugoslavia. 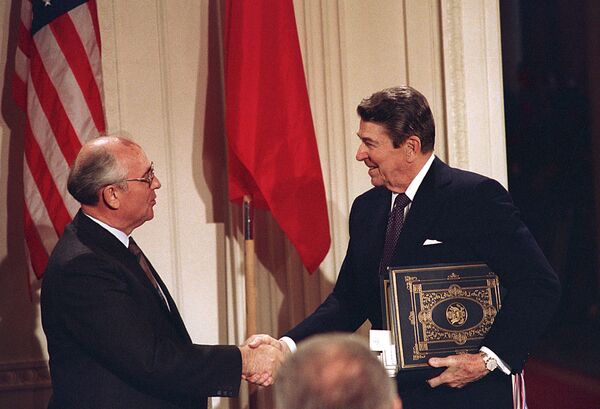 Oops! Ukrainian Parliament Opens Door to Polish Territorial Revisionism
Last October, lawmakers in Ukraine and Lithuania raised eyebrows among political scientists when, together with Poland, they passed a joint resolution condemning the Soviet Union for the outbreak of WWII, and rejecting the post-war order established in 1945.

Observers suggested that the resolution could serve as a pretext for Warsaw to renew claims on its lost eastern territories, known in Poland as the 'Kresy', or 'borderlands'. The resolution, they said, could effectively delegitimize Kiev and Vilnius's claims to these territories.