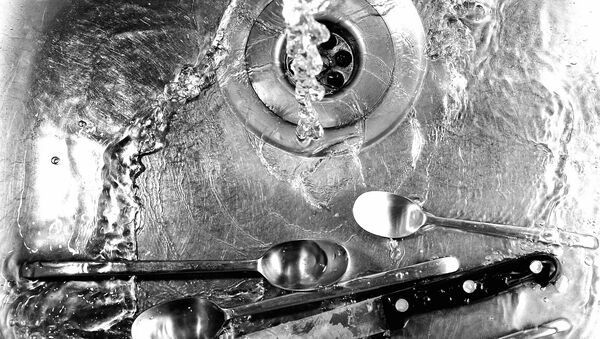 © Flickr / Petras Gagilas
Subscribe
International
India
Africa
The White House has agreed to pay over $2 billion in disability benefits to veterans who were exposed to contaminated drinking water while stationed at North Carolina’s Camp Lejeune Marine Corps base.

Cash payouts from the Department of Veterans Affairs are set to begin in March, and may supplement already-existing benefits for an estimated 900,000 veterans that were at Lejeune for at least 30 cumulative days between August 1, 1953, and December 31, 1987.

To become eligible, veterans must submit service information and evidence of their diagnosis.

Retired Marine Master Sgt. Jerry Ensminger, head of The Few, The Proud, The Forgotten, which helps serviceman, veterans and their families receive earned disability compensation, said "This is good news." Ensminger’s daughter, Janey, died from leukemia at 9 years old while he was stationed at the base.

He remarked that while the decision was encouraging, the government needed to expand it to include more diseases. "This has been a hard, long slog…This is not the end of the issue." he added.

Ensminger’s case was the motivation behind a 2012 Congressional bill that extended medical benefits to veterans and families who had been affected by the contamination. Signed into law by President Barack Obama, the measure did not provide survivor or disability benefits automatically, prompting lawsuits from veterans groups noting that for years Camp Lejeune personnel "drank, cooked and bathed" in contaminated water.

"Presently, these conditions are the only ones for which there is sufficient scientific and medical evidence to support the creation of presumptions; however, VA will continue to review relevant information as it becomes available," according to the VA website.

Over the years veterans groups have uncovered documents indicating negligence on behalf of Marine officers who did not address evidence of groundwater contamination at Camp Lejeune in the 1980s. In 1984 and 1985 some drinking water wells were closed after testing confirmed that leaking fuel tanks from an off-base dry cleaner had contaminated the water.

Lejeunecontamination.com points out that, "Regardless of prior warning signs, the military did not begin testing the drinking water until 1982. By this time, the damage was done…The results are devastating: dozens of cases of male breast cancer (which is extremely rare) and literally thousands of more cases reported of cancers, leukemia, birth defects, and other rare illnesses."

Dangerous organic compounds including perchloroethylene, vinyl chloride, benzene, and trichloroethylene were among the contaminants.

Rick Weidman, executive director of Vietnam Veterans of America said "Expanded coverage is making progress, but we also need to know whether the government may be purposefully leaving people out."

The VA reported that some 1,400 Lejeune-related disability claims are currently pending.