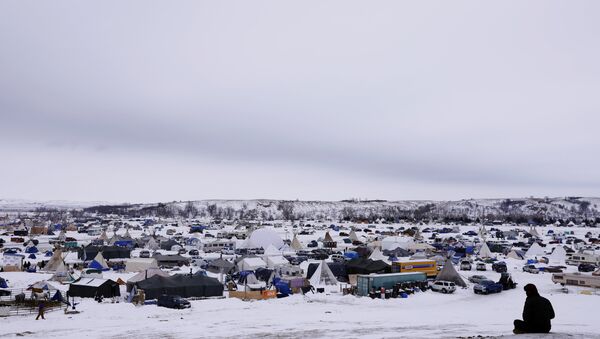 The governor of North Dakota thinks the controversial Dakota Access Pipeline has only been delayed, and that incoming US President Donald Trump will grant the easement the pipeline needs.

Doug Burgum, who took office as North Dakota governor last month, told Reuters when Trump takes power, "I expect the world's going to change dramatically on that day relative to finding resolution on this issue. I would expect that [Energy Transfer Partners, the company behind the pipeline] will get its easement and it will go through."

After months of protest centered in and around the Standing Rock Sioux Reservation, the US Army Corps of Engineers denied a key easement the $3.8 billion pipeline would need to pass under federal land on its route. The Standing Rock Sioux said the pipeline would threaten their water sources and cultural heritage tied to the land around their reservation.

North Dakota saw its most recent oil spill in early December, when more than 175,000 gallons of oil spilled from a pipeline only about 150 miles from the proposed DAPL site. North Dakota experiences about four oil spills a year.

The announcement was greeted as a victory, but perhaps a short-lived one: Trump has said he intends to review the decision.

Standing Rock Sioux Chairman Dave Archambault has asked non-native protesters to return home and allow the next stage of the fight to play out in court.

Meanwhile, Burgum has asked protesters to clean up their camp before the spring floods come and create a potential ecological disaster. Reuters reports that hundreds of vehicles and temporary dwellings remain on the campsite and are likely to be picked up and carried away when the snow melts.

"The amount of cleanup that needs to take place is enormous," Burgum said. "We've got a potential ecological disaster if this land floods and all the debris flows downstream into tribal lands."