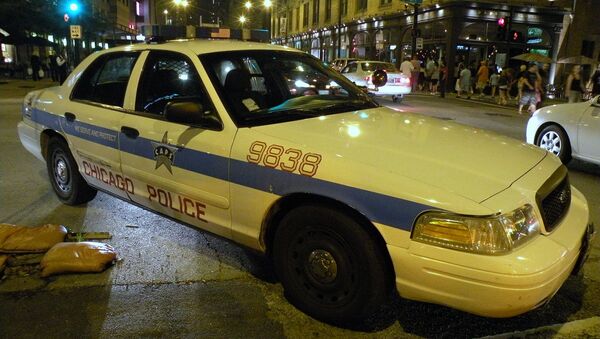 © Flickr / John W. Iwanski
Subscribe
The Justice Department has released a scathing report on abuses carried out by the Chicago Police Department, including racial bias against people of color, frequent use of excessive force, and unnecessary shootings.

The 164-page report, released Friday morning, follows a year-long investigation. In it, the Justice Department's civil rights division asserts that the department has been violating the constitutional rights of residents for decades.

“Statistics cited by the DOJ show that CPD has used force almost 10 times more often against blacks than against whites, and the report focuses particular attention on the department's failure to responsibly investigate use of force,” the Chicago Tribune reported.

The investigation was launched after dashcam footage of the shooting of Laquan McDonald, a black 17-year-old, sparked nationwide outrage. The teenager was shot 16 times as he was walking away from police in 2014, but the video was not released until December 2015, due to efforts by the city to prevent it from being released to the public.

"We found further that officers exhibit poor discipline when discharging their weapons and engage in tactics that endanger themselves and public safety, including failing to await backup when they safely could and should; using unsound tactics in approaching vehicles; and using their own vehicles in a manner that is dangerous," the report stated.

One particularly egregious abuse investigators found documented officers dropping off young gang members into rival neighborhoods, as a way of implying that they have collaborated with police.

" … CPD will take a young person to a rival gang neighborhood, and either leave the person there, or display the youth to rival members, immediately putting the life of that young person in jeopardy by suggesting he has provided information to the police,” the report says. “Our investigation indicates that these practices in fact exist and significantly jeopardize CPD's relationship with the community."

The abusive practices not only endanger civilians, but officers as well, the Justice Department found.

The findings determine that the pattern of problems could be attributed to “systemic deficiencies” within both the department and the city, such as insufficient training and the consistent failure to hold officers accountable for their actions.

Mayor Rahm Emanuel and Attorney General Loretta Lynch held a news conference following the release to announce ways that they plan to stop the abuses.

"CPD does not give its officers the training they need to do their jobs safely, effectively and lawfully," Lynch said. "It fails to properly collect and analyze data, including data on misconduct complaints and training deficiencies, and it does not adequately review use-of-force incidents to determine whether force was appropriate or lawful or whether the use of force could've been avoided altogether."

Lynch claimed that by releasing the report, they are “laying the groundwork” for improvement.

“The systems and policies that fail ordinary citizens also fail the vast majority of Chicago Police Department officers who risk their lives every day to serve and protect the people of Chicago,” Lynch stated. “With this announcement, we are laying the groundwork for the difficult but necessary work of building a stronger, safer, and more united Chicago for all who call it home.”

It seems like they have a tough road ahead to regain the public’s trust, however.

"That confidence is broken in many neighborhoods in Chicago," the report states.