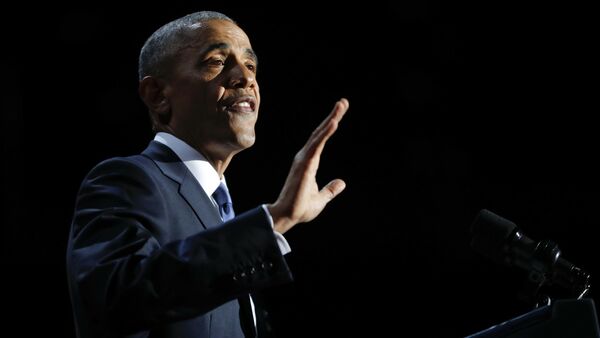 Obama ordered to extend for one more year punitive measures against Russia imposed in March.

US Only Country Profiting From Anti-Russian Sanctions – Crimea's Head
WASHINGTON (Sputnik) — Outgoing US President Barack Obama ordered to extend for one more year punitive measures against Russia imposed in March, 2014 for its actions in Crimea and Ukraine.

"[The] actions and policies of the Government of the Russian Federation, including its purported annexation of Crimea and its use of force in Ukraine, continue to pose an unusual and extraordinary threat to the national security and foreign policy of the United States," Obama said in a press release on Friday. "Therefore, I have determined that it is necessary to continue the national emergency declared in Executive Order 13660 with respect to Ukraine."

Most sanctions are authorized under executive orders issued pursuant to presidential national emergency powers in response to a declared emergency.

In 2014, the United States alongside the European Union (EU) and some of their allies imposed a series of economic sanctions targeting key Russian sectors as well as a number of individuals and entities.

The United States and the EU accused Moscow of fuelling the conflict in southeastern Ukraine and called Crimea's incorporation into Russia as a breach of international law.