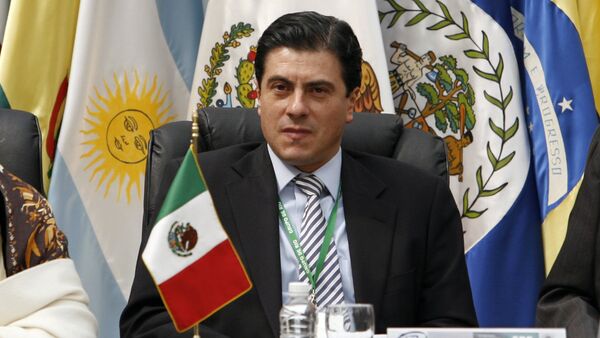 Mexico’s Senate Threatens to Tax Imports From US After Remarks on Border Wall
MEXICO (Sputnik) — Mexico’s current Ambassador Carlos Manuel Sada Solana will continue to fulfill his duties until January 23 and will participate in the official inauguration ceremony of US President-elect Donald Trump, according to the statement.

Solana has been appointed ambassador in April 2016 and will become Mexico’s undersecretary for North America after the resignation.

The nomination of Gutierrez will be formalized following the approval of the US authorities as well as of the Mexican Senate.

The decision comes following Trump’s remark earlier on Wednesday that he would start negotiating the financing of the border wall with Mexico immediately after his inauguration on January 20.