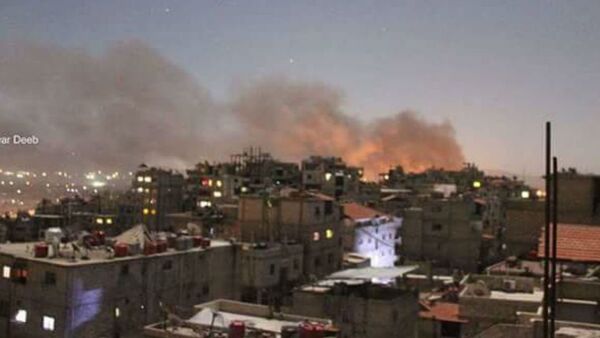 "When Israel attacks Damascus, it cannot be taken as an isolated case. When Israel feels weakness in the body of the terrorists in Syria, it is trying to encourage and support terrorists and does so by bombing [Syria]," Ahmad said.

He added that the West and Israel did not want peaceful life to return to Syria as "functioning of the Syrian government does not correspond to the interests of Israel, and so they want to support terrorists and to strengthen them."