Tenth of Refugees Distributed Among EU Nations Under 2015 Scheme – IOM 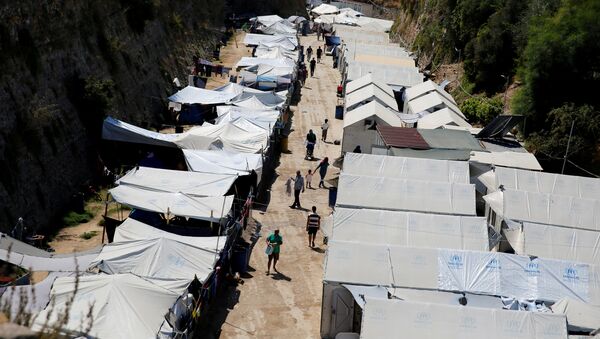 © REUTERS / Alkis Konstantinidis/File Photo
Subscribe
International
India
Africa
Less than a tenth of the agreed 106,000 asylum seekers have been distributed across the EU bloc a year into its relocation program, the International Organization for Migration (IOM) said Friday.

Amnesty Demands Leadership From EU Over 'Freezing-to-Death' Migrant Crisis
MOSCOW (Sputnik) – The EU Council agreed a mandatory mechanism in September 2015 to relocate tens of thousands of refugees from frontline Italy and Greece in the view of record refugee flows to Europe.

"This week, 168 people left Greece for Estonia, Lithuania, Luxembourg, Norway and Portugal. Another 81 people were relocated from Italy to Spain. This brings the total number of people relocated under the scheme to 10,189 since its launch in October 2015," the IOM said in a statement.

The IOM, which is facilitating the operation, greeted the efforts made so far but urged EU member states to take in more refugees in order to meet the targets of the two-year program. It said picking up the pace was not only operationally possible but also vital for improving people’s living conditions.