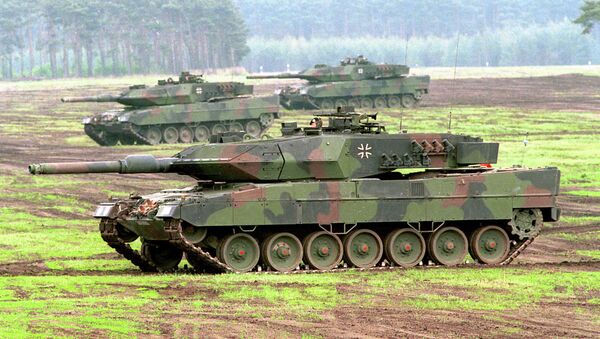 Germany has extended and expanded its UN-guided troop deployment in Mali, and prolonged its presence in Afghanistan, Iraq and Turkey. Citing these missions, and Berlin's growing military spending, military observer Ilya Plekhanov suggested that the Bundeswehr looks like it's preparing to take up the slack for Washington if it retreats from Europe.

Earlier this week, the German government approved increasing its military deployment in the landlocked West African country of Mali from 650 to 1,000 troops, equipping these forces with four combat and four transport helicopters. The German component of the UN mission is engaged in the monitoring of a peace deal between northern rebels and the government. However, the UN's Mali mission also comes under regular attack by jihadist militants, with over 30 UN troops killed in the last year alone. While Germany is involved in peacekeeping, their US allies are fighting an actual shooting war in the country.

The Mali mission becomes of Germany's largest deployments abroad in recent years. Berlin has extended the deployment of about 890 troops in Afghanistan, and has also extended a training mission in northern Iraq, where about 150 Bundeswehr troops are stationed training Kurdish and Yazidi fighters to fight Daesh. 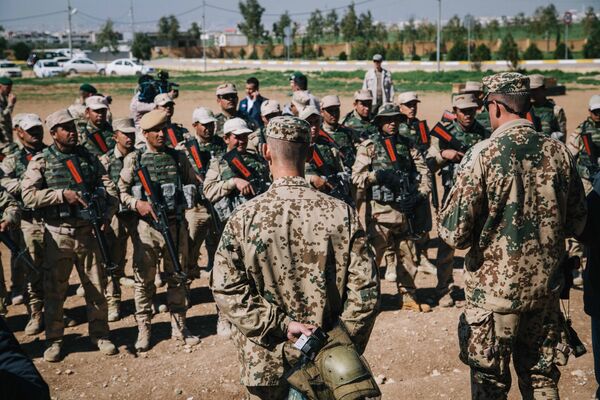 Satirical German Political Party Fails to See Humor in US Deployment to Poland
Germany's Afghan deployment is also a training deployment, with the Bundeswehr training Afghani soldiers and police near Mazar-i-Sharif and Kabul.

About 1,200 German armed forces personnel are also deployed in Turkey, where the German Air Force has been operating since 2015 providing support for the US-led anti-Daesh coalition. In 2016 alone, German aircraft carried out nearly 700 sorties against the terrorists.

Late last year, Germany confirmed that it would also be building a base in Niger to assist its Mali mission. 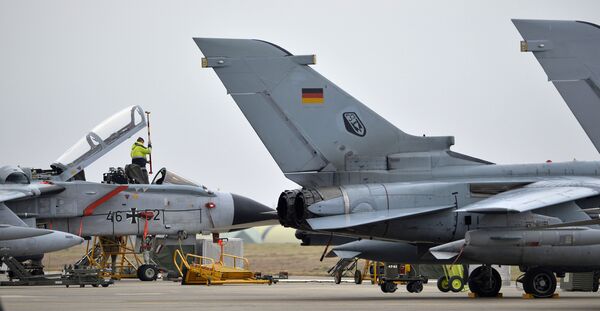 A technician works on a German Tornado jet at the NATO air base in Incirlik, Turkey.
© AFP 2022 / Tobias Schwarz

Germany Counts Cost of Biggest US Military Shipment to Europe Since Cold War
Closer to Russia's borders, the German Air Force is deployed on a rotating basis in Estonia, with a battalion of NATO forces, including up to 700 German troops, expected to be deployed in Lithuania later this year.

In addition to these deployments, the German military is also present in Kosovo (about 700 troops), plus UN-led peacekeeping efforts in Sudan, South Sudan and Lebanon. About 750 troops and sailors from the German Navy are also deployed in the EU's Naval Force Mediterranean, aimed at neutralizing refugee smuggling routes, and the EU Naval Force Atlanta, aimed at fighting piracy off the Somali coast.

In an insightful analysis the RIA Novosti news agency, military analyst Ilya Plekhanov recalled that today's deployments are peanuts compared to the Bundeswehr's deployments to Bosnia, which rose to up to 66,000 troops between 1996 and 2012. The army's mission in Afghanistan has also been slashed in recent years, down from up to 5,000 troops during the 2001-2014 war. Apart from that, Berlin deployed 2,500 troops to Somalia in the mid-1990s, and 800 to the Democratic Republic of Congo in 2006 to help secure the country's political transition after deadly wars rocked the country. 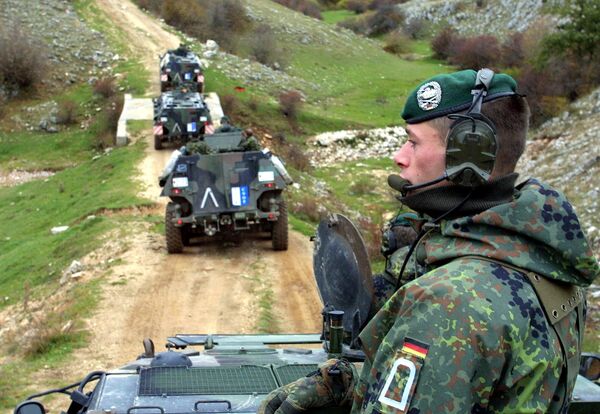 According to Plekhanov, Germany's renewed efforts to expand its military footprint are the result of shifting global realities, with Berlin concerned "that after Brexit and Trump's election as US president, Europe is facing the creation of a vacuum militarily, and in the very near future."

No Guarantee of US Support: Calls for 'Pragmatic Empowerment' of EU Defense
Germany's politicians, according to the analyst, face a fundamentally new environment compared to that of the Cold War and early post-Cold War worlds, when leaders consistently supported the presence of foreign troops and bases on its territory.

Last October, Chancellor Angela Merkel noted that Germany would have to spend billions more on defense than in decades past. "In the 21st century, we won't be getting as much help as we got in the 20th," the chancellor said. "We have to spend more for our external security. The conflicts of this world are already on Europe's doorstep," she added.

Plekhanov believes that there are five major factors driving Germany's efforts to expand its military.

Firstly, he noted, the country's 2011 decision to abstain from the French, British, and US-led intervention in Libya to topple Gaddafi harmed perceptions of Germany among its NATO allies, to the extent that some came to consider Berlin to be 'unreliable' militarily. Within NATO and the European Union, Plekhanov noted, "Germany's willingness to 'defend Western interests', Western civilization and its values in the world" were questioned. Berlin continues to work to rehabilitate allies' perceptions, the military analyst suggested. 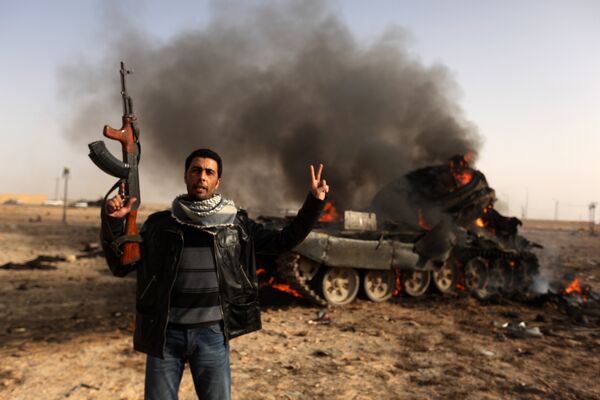 Second, he wrote, "the spreading threat of terrorism, the influx of migrants, and the wars in the Middle East have reawakened among Germans long-forgotten feelings of anxiety for their safety. Politicians are well-aware of this fact; as a result, something previously unheard of occurred: Germany joined the war against Daesh, and without a UN mandate… A striking change in people's attitudes took place. Domestic protests against Germany's participation in the war have been much weaker than, for the example, the anti-war [movements] of the 1980s."

Third, Plekhanov noted that the crisis in relations with Russia over events in Ukraine in 2014 have also doubtlessly played a role in growing militancy, with Berlin becoming convinced that a conventional war can break out between governments. "Starting in 2017, the Baltic countries and Poland will see the deployment of additional NATO forces, and it is mostly likely that Germany will be the one to provide the largest number of troops after the US," the analyst wrote. 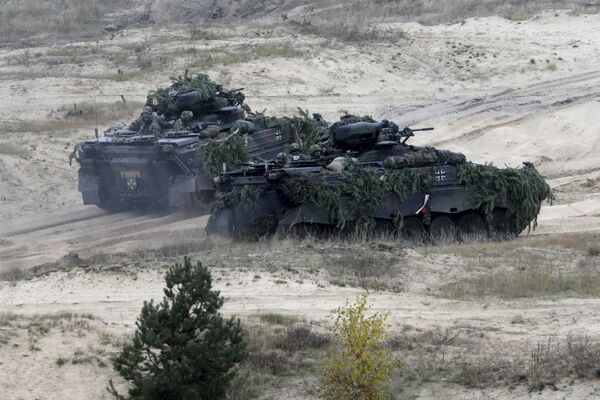 Fourth, the analyst suggested that after Brexit, recurring terrorist attacks on European cities, and the continued influx of migrants, German politicians have begun to fear that "there is a growing threat to the existence of the EU project in and of itself."

"In Europe," Plekhanov noted, "countries are starting to ask more and more questions about whether they need a Germany that cannot even provide for its own security." Accordingly, "increased military activity is designed to demonstrate to Berlin's European partners that Germany is capable of remaining the engine of European integration."

AfD Calls for Increase of Migration Control Over Berlin Terror Attack
Finally, Plekhanov noted, given Germany's status as the largest and most powerful economy in Europe, the country's EU and NATO partners have reasons to ask why Berlin isn't doing more the "ensure European security." Therefore, with Germany "slowly and reluctantly moving toward seeing itself as Europe's leader," it is also realizing that "this is something that must be demonstrated not only via economic, but also military power."

The main problem for Berlin, the analyst believes, is that despite the feelings that Germany should "do more" on defense, its partners also remain mistrustful of Berlin's motives, given continued and vivid memories of its militaristic ambitions in the 20th century.

Therefore, Plekhanov noted, Germany has become a "hostage" of a catch-22 situation where on the one hand, its allies want Berlin to do more, while on the other they remain suspicious of any actual attempts to do so. 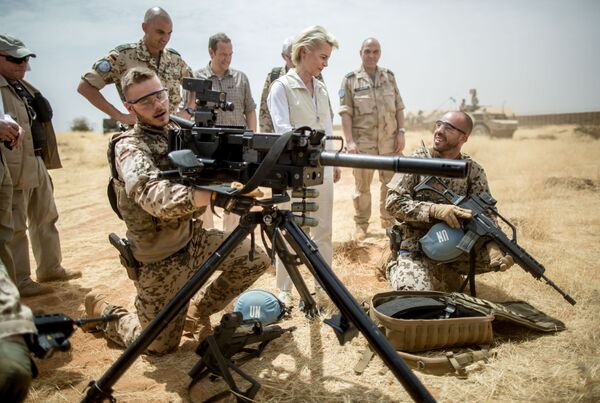 For the moment, Berlin is looking to reach the NATO standard to commit 2% of its GDP to defense, as outlined in the 2014 Summit. It also plans to allocate 20% of this budget to military R&D, and to grow its armed forces by 14,000 troops."

Finally, Plekhanov recalled that last January, German Defense Minister Ursula von der Leyen asked for 130 billion euros a 15 year rearmament program for the Bundeswehr, "after it became clear that less than half of its heavy equipment, planes, helicopters and ships were fit to take part in actual combat."