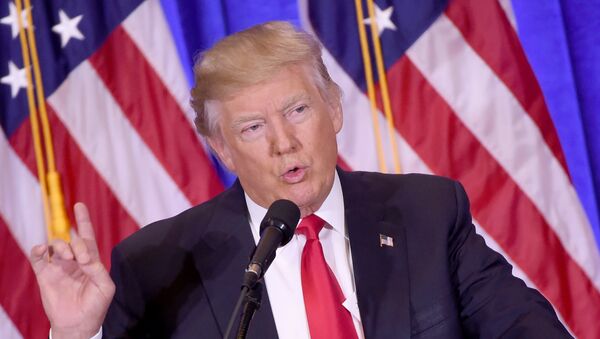 The man behind the unsubstantiated ‘Golden Showers’ report on President-elect Donald Trump’s supposed ties to Russia is a former officer in Britain's Secret Intelligence Service (MI6), and was the FBI’s source in the FIFA corruption scandal.

After leaving M16, Steele worked with the FBI, providing intelligence on the world soccer association’s ties to suspected Russian gangsters.

Steele had originally been hired to investigate Trump by ‘political opponents’ within the Democratic and Republican parties, but it has not been revealed exactly who hired him. He then decided to share the dossier with the FBI, who took it seriously, despite the far-fetched allegations, due to his previous work on the FIFA case.

“He’s a meticulous professional, and there are no questions about his integrity,” a US official who has worked with Steele told Reuters. “The information he provided me [about Russia] was valuable and useful.”

The allegations in the report have been dismissed by both Trump and Russian President Vladimir Putin, and even Buzzfeed, who initially published the report, noted discrepancies and acknowledged that nothing in the dossier could be confirmed.

Trump has referred to the report as a “political witch hunt” and “phony, fake news.”

Incoming White House Press Secretary and Communications Director Sean Spicer called Buzzfeed’s decision to release the report without confirming any of the allegations “shameful and disgraceful,” during a news conference on Wednesday. He also referred to the outlet as a “left-wing blog that was openly hostile towards the president-elect’s campaign.”

When Trump took the stage during the news conference, he also blasted the outlets who circulated it, stating that it would be a “tremendous blot” on the intelligence community if they were the ones who released it.

Trump stated that the document was obtained by his opponents, and called them “sick people,” who “put that crap together.”

On Wednesday, Director of National Intelligence James Clapper released a statement saying that he had called Trump to express his “profound dismay” about the leaked material. The statement also explained that “this document is not a US Intelligence Community product. … The IC [Intelligence Community] has not made any judgment that the information in this document is reliable, and we did not rely upon it in any way for our conclusions.  However, part of our obligation is to ensure that policymakers are provided with the fullest possible picture of any matters that might affect national security.”