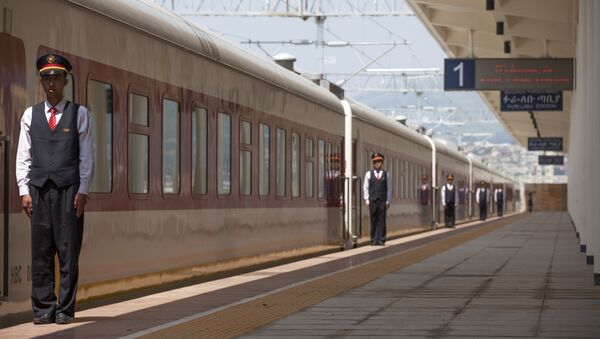 China’s encouragement to African countries to sign up to the “One Belt, One Road” initiative is being ably supported by Beijing’s “railway diplomacy” on the continent, an expression of its military as well as economic potential.

A 750km line built by China linking the Horn of Africa to countries inland was officially launched on January 10 in Djibouti. China is continuing the construction of a military facility in this a small country situated on the Horn of Africa peninsula. It is the second trans-national railway built by Chinese companies in Africa, following the Tanzania–Zambia Railway.

Chinese Foreign Minister Wang Yi is on a visit to Madagascar, Zambia, Tanzania, Congo and Nigeria on January 7-12. On Sunday he called on African countries to deepen cooperation in the construction of a new Silk Road, comprising the land-based Silk Road Economic Belt (SREB) and Maritime Silk Road.He stressed that Africa had historically been a part of the Silk road economic belt. 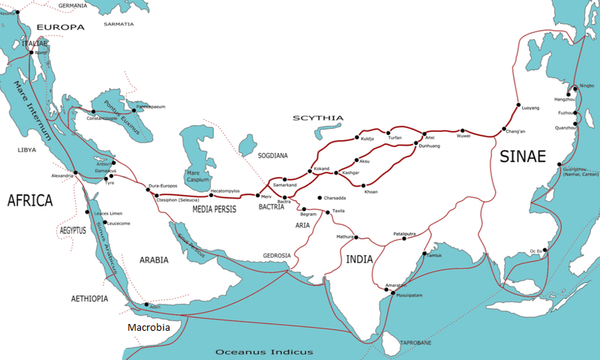 The project is intended to facilitate the direct flow of goods from the Pacific Ocean to the Baltic Sea and strengthen economic ties between Asia, Europe and the Gulf states. Wang Yi also stressed that joining the “One Belt, One Road” initiative would allow those countries to receive additional benefits and support from China. The foreign minister said that China has already held productive consultations with a large enough number of African countries, especially those located on the Eastern coast of Africa.

The construction of this first fully electrified railway line on the continent cost over $4 billion and became possible thanks to Chinese financial, technical and resource support. Beijing financed 70 per cent of the project and trained 20,000 local specialists responsible for the building and management of the railway.

World
Building Ties: China Calls on African Nations to Join New Silk Road Project
The travel time between Djibouti and Addis Ababa has reduced from 3 days by road to just 10-12 hours by train. Landlocked Ethiopia, the fastest growing economy in Africa, gained strategically important access to the Red Sea through the port of Djibouti. The railway line is also widely seen to be a start of a Trans-African railway project which is expected to connect Djibouti with Ethiopia to South Sudan and one day cross the continent from the Red Sea to the Atlantic Ocean.

China is also actively involved in the construction of Trans-African railroad units such as the Mombasa–Nairobi line to connect Eastern African countries to South Soudan. It is expected to be linked to the Ethiopia–Djibouti line in the north and to two lines in the South: one crossing Angola from the west to its border with Congo; the second is the Tanzania–Zambia line which was built by China in the 1970s.

Vice President of the Russian Academy of Geopolitical Problems Konstantin Sivkov, in an interview with Sputnik China, said that Djibouti is where China’s first overseas military base is located. 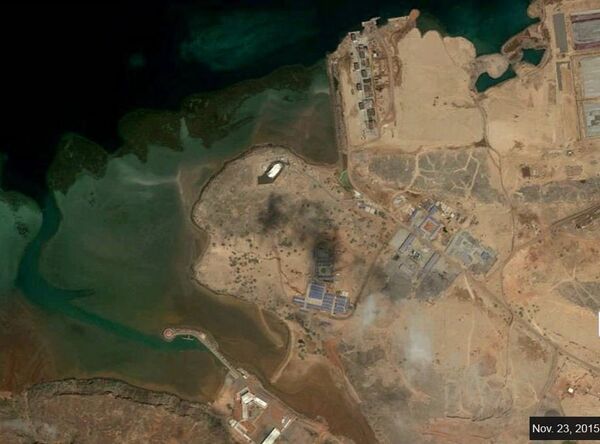 “China is building a railway network with a center in Djibouti to project not only economic strength, but military power.” Sivkov said.

The expert also mentioned that Ethiopia which is now linked to Djibouti by this railway line has large reserves of gold, and the geopolitical importance of this country will rise dramatically after gaining access to the sea. According to the expert, China has many interests in this county as well.

“Liking Djibouti with Ethiopia and other African countries means that China is steadily but confidently entering into the continent,” Sivkov added.

As railroads have the largest carrying capacity of all land-based transport, deployment of a railway network means that Chinese military forces from the base in Djibouti can be rapidly relocated to any African country to protect China’s economic interests.

“It is obvious that China is actively pushing the West away from Africa. Construction of a railway network is clearly an instrument of control of these territories,” the expert assumed.

An expert from Global Economy Center in China Institute of Contemporary International Relations (CICIR) Chen Fengying in an interview with Sputnik China denied that Africa was a priority in the development of the “New Silk Road” initiative. She stressed that the project also involves Eastern and South-Eastern Asia, West Asia and North Africa, CIS countries and the Caucuses, Eastern, Central, Southern, and Western Europe – 10 regions in total.

“I suppose that the Djibouti–Addis Ababa railroad is a reference project of African modernization involving China and a fine example of African-Chinese collaboration, first of all,” she said.

The expert said the project was a good example of China's investment in modern infrastructure in Africa, but it is too early to speak about the full integration of African countries into the “One Belt, One Road” initiative.