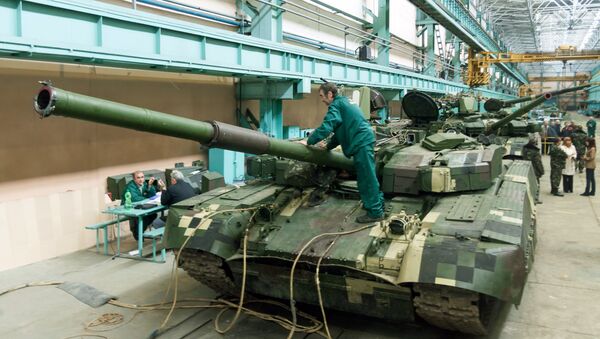 Thailand's Ministry of Defense has decided to terminate its contract with Ukraine for the purchase of several dozen T-84 Oplot main battle tanks, citing Kiev's inability to deliver them on time, according to Thai media reports.

In 2011, Thailand signed a $241 million contract with the Kharkiv-based Malyshev Factory on the delivery of 49 T-84 'Oplot' ('Stronghold') MBTs. The tanks were meant to become the backbone of Thailand's tank forces, replacing the army's 1957-vintage US-made M-41s, which are set to be decommissioned.

However, after being plagued by never-ending problems with the delivery of the Ukrainian tanks, the Thai Defense Ministry has apparently decided to cancel the contract.

Speaking to Thai media, Defense Minister Prawit Wongsuwan confirmed that the contract with Ukraine had become a key problem in efforts to modernize Thailand's army, and that it was the result of Ukraine's present internal situation. In the five years since the tank deal was signed, Malyshev Factory has only provided Bangkok with about 20 T-84s, as of the end of 2016, despite the fact that the deadline was originally set for 2014. Malyshev Factory faces several serious problems, among them the lack of qualified personnel. In 2015, the plant did not produce a single T-84. At that time, Kiev asked the Thai side to postpone the delivery until October 2017. 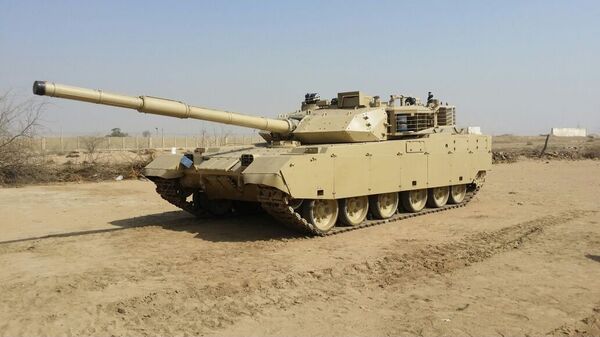 In place of the T-84s, Thailand has plans to buy the VT-4, a third generation Chinese MBT built by heavy machinery manufacturer Norinco. Bangkok has already signed a contract with China on the delivery of 28 VT-4s, with room in the contract for further deliveries in the future.

General Chalermchai Sittisat confirmed that Thailand and China are also mulling a joint venture on the production of weapons and military equipment in Thailand.

Thai officials explained that the decision to go with China instead of the US and other Western weapons makers was made out of budgetary considerations, with Chinese equipment thought to have a superior price-quality ratio. Furthermore, Washington has had restrictions in place preventing the delivery of weapons to Bangkok since the 2014 Thai coup.

Ukrainian Envoy to US Hopes Trump Will Allow Lethal Arms Supplies to Kiev
This is not the first time that Ukrainian military vehicle makers have faced problems with contracts with foreign countries. In 2014, Iraq canceled its contract on the delivery of Ukrainian BTR-4 APCs, and returned 42 vehicles due to quality control issues involving the vehicles' welded armor.

The Malyshev Factory has denied reports on the contract's cancelation. On Tuesday, a spokesperson for the plant told Ukrainian media that the company hasn't received any official information regarding the termination or revision of the contract, and said that as of this moment, Malyshev Factory plans to complete it in accordance with the previously approved schedule.

Speaking to the news and analytical site Ukraina.ru, military analyst Vladislav Shurigin suggested that Bangkok's apparent decision to terminate the deal is an indication of the poor state of Ukraine's military-industrial complex today. It's a sign, he said, that many of the claims made by officials in Kiev about Ukraine having 'the best missiles', the 'best army in Europe', and 'the best equipment and weaponry' in general are not consistent with the real state of affairs.

Ukrainian Media Claim New Grom-2 Short Range Missile System 'Can Strike Moscow'
Regarding the T-84, Shurigin explained that its official technical characteristics do not match those of the tanks that are actually produced. For example, he said, "the armor on the Oplot has proven to be of much poorer quality [than the design characteristics indicate]. The vehicles are not robust, and face constant breakdowns."

Furthermore, the military analyst noted, "the tactical and technical characteristics of the tanks do not coincide with the declared characteristics, because Ukraine faces a deficit in the special mechanisms used for guidance systems. Kiev simply does not have them, and is not capable of producing them today. Accordingly, [guidance] parameters are downscaled, and precise guidance to the target becomes almost impossible." Accordingly, Shurigin noted, unfortunately, the Ukrainian armored vehicles which are produced today can be characterized as little more than "useless scrap."

Freudian Slip? Poroshenko Speaks of 'Temporary Ukrainian Occupation' in Donbass
The Malyshev Factory's decline is a tragic story in and of itself, given the plant's once proud history. In the lead up to the Second World War, the Kharkiv-based factory became famous for the production of the legendary T-34 tank. During the Cold War, it produced the T-64 and T-80, which many Western defense analysts considered superior to the base model T-72. At its height in the 1980s, the factory employed about 60,000 people. By 2015, however, it was employing only 5,000 workers. Amid the civil war in eastern Ukraine, the factory has focused much of its resources on the supply of new and refurbished tanks to the Ukrainian army.
Newsfeed
0
Access to the chat has been blocked for violating the rules . You will be able to participate again through:∞. If you do not agree with the blocking, please use the feedback form
The discussion is closed. You can participate in the discussion within 24 hours after the publication of the article.
To participate in the discussion
log in or register
loader
Chats
Заголовок открываемого материала