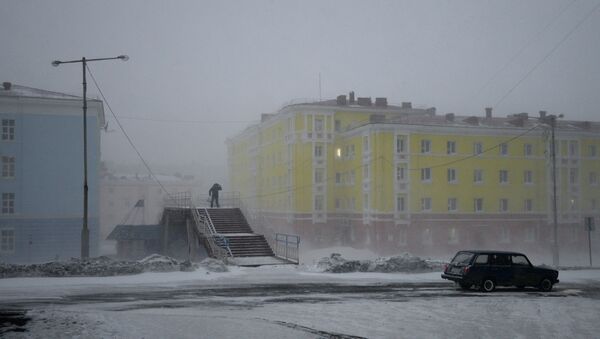 A Portland, Oregon, woman found dead from hypothermia in a parking garage, had been evicted from her flat in an affordable housing facility for missing a $338 rent payment.

Karen Batts, 52, lived in an apartment building that provides low-cost housing for seniors and disabled people. Building owners Cascade Management and Northwest Housing Alternatives sent Batts a notice telling her she was late on a $338 rent payment. When Batts did not pay, they filed an eviction complaint. Batts did not appear at the hearing, and the court automatically ruled in favor of the plaintiffs. On October 21 she was evicted.

The police do not believe that Batts found housing after the eviction. She was seen entering a parking garage while removing her clothes on Saturday, January 7, in the midst of a snowstorm. The garage was eight blocks from the apartment complex in which she once lived. It is possible that Batts was removing her winter clothing because people with advanced hypothermia feel extreme heat as a result of nerve damage.

Martha McLennan, executive director of Northwest Housing Alternatives, told KATU-TV that Batts had grown unstable in mid-2016, "becoming involved in a variety of lease violations that were either damage of property or late payments, also incidents against staff and other tenants." McLennan claimed that "there were dozens of attempts to help," but "when someone decline[s] service there's not much you can do."

Batts suffered from schizophrenia, according to her family. Her mother, Elizabeth, told Oregon Public Broadcasting that "Nobody reached out to us… nobody cared about us to tell us what was going on. I mean, why couldn't somebody tell us something?" If she knew her daughter had been in danger of eviction, the mother claimed, she would have paid her rent, as she had many times previously.

McLennan claimed that her company did not reach out to anyone because of privacy laws that they claim prevent Northwest Housing Alternatives from notifying family members if a tenant is facing eviction. "I see situations not uncommonly, where the person who needs the help doesn't know how to ask, or can't ask, or is in no shape to have that realization and ask," she said, also mentioning that Batts was evaluated for mental health intervention, but was not deemed eligible under the program's "stringent criteria."

Batts was also evicted in 1996, in another affordable housing complex. Public records show that she moved frequently, before settling into her Northwest Housing Alternatives residence in 2007. She had reportedly been a model resident, until her sudden behavior change in 2016.

The Oregonian reported that, on average, one homeless person a year dies of exposure in Multnomah County (which houses Portland). But the winter storm that struck the City of Roses has upped the usual death toll, as Batts is the third person to die of hypothermia on Portland's streets in 2017.

In response to the deaths, Portland mayor Ted Wheeler expanded the hours of the city's cold-weather shelters. Mayoral spokesman Michael Cox said that the mayor had been contemplating this action, and Batts' death expedited it, as a means to protect Portland's homeless.