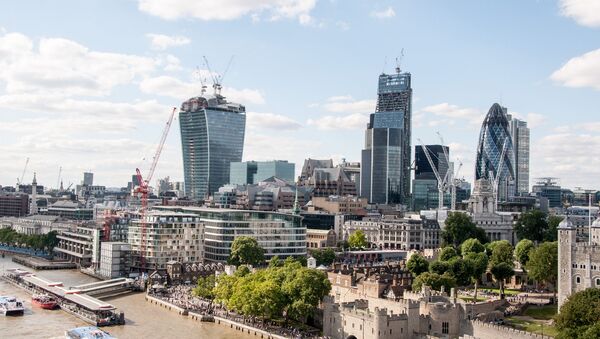 The UK is looking forward to boost trading relationship with the US amid Brexit, a UK Department for International Trade (DIT) spokesperson told Sputnik on Tuesday.

UK to Reach Free Trade Deals 'Speedily' Amid Brexit Process - Foreign Secretary
MOSCOW (Sputnik) — Earlier in the day, UK Foreign Secretary Boris Johnson, who has just wrapped up his visit to meet the members of the incoming US Administration and Congress, said London would be able to quickly reach "fantastic" free trade deals with its partners amid Brexit. Following their meeting, US Senate Foreign Relations Committee chairman Bob Corker said a UK-US trade deal would be a priority.

"The US is one of the UK’s largest and closest trading partners and we look forward to seizing opportunities to boost our trade relations and strengthen our economic relationship. The UK remains open for business. As we look towards leaving the EU we welcome opportunities to develop a stronger, ambitious future UK-US trading relationship once we are no longer an EU member state," the spokesperson said, when asked about the fate of the UK-US "special relationship" once US President-elect Donald Trump takes office.

The United Kingdom held a referendum on June 23, 2016, deciding to leave the European Union. UK Prime Minister Theresa May said the country would trigger the Article 50 of the EU Lisbon Treaty by the end of March, thus beginning withdrawal negotiations, as well as negotiations on free trade with London's international partners.

While part of the European Union, the United Kingdom continues to actively support EU free trade agreements which "align regulations, remove tariffs and open up opportunities for businesses on both sides," including the EU-US Transatlantic Trade and Investment Partnership (TTIP).