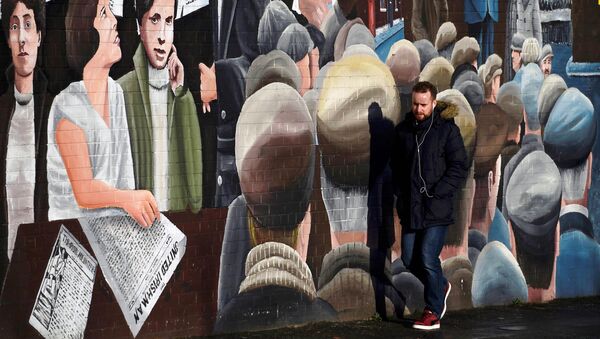 The UK Secretary of State for Northern Ireland has described the political crisis in Northern Ireland as "grave" and says the government is treating it "with the utmost seriousness" after the collapse of the power-sharing arrangement over a botched energy deal.

James Brokenshire told MPs in the UK Parliament there was a "breakdown in the trust co-operation that is necessary for the power-sharing institutions to function effectively" following the resignation of the deputy First Minister Martin McGuinness.

"So Right Honourable and Honourable Members should be in no doubt. The situation we face in Northern Ireland today is grave, and the Government treats it with the utmost seriousness," he said.

Politicians across all spectrums in Northern Ireland are facing the constitutional crisis after the resignation of former Provisional Irish Republican Army member McGuinness as deputy First Minister, triggering the collapse of the Northern Ireland Executive.

The political landscape in Northern Ireland has been dominated by deep divisions between unionists, who want to remain part of the United Kingdom and Irish nationalists, who want a united Ireland. The differences between the two is further exacerbated by religious and further political differences and cross-community alliances, which have been the cause of bitter rivalries and civil unrest for decades. 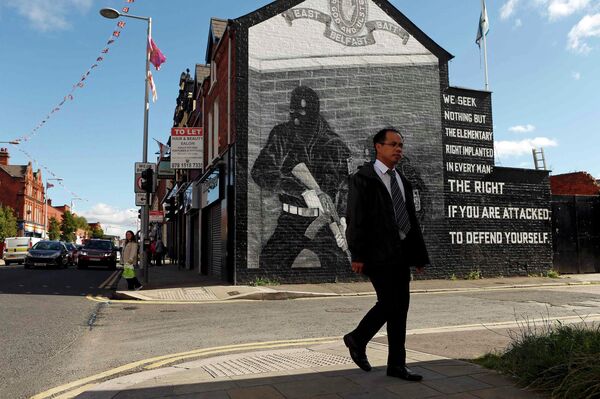 A man walks past a mural in East Belfast in Northern Ireland, September 18, 2015
© REUTERS / Cathal McNaughton

As part of the Peace Process in the 1990s, a power-sharing arrangement was made whereby the Northern Ireland Executive oversees the government of the region devolved out of London — such as health, education and the environment. Their work is overseen by elected Members of the Legislative Assembly. 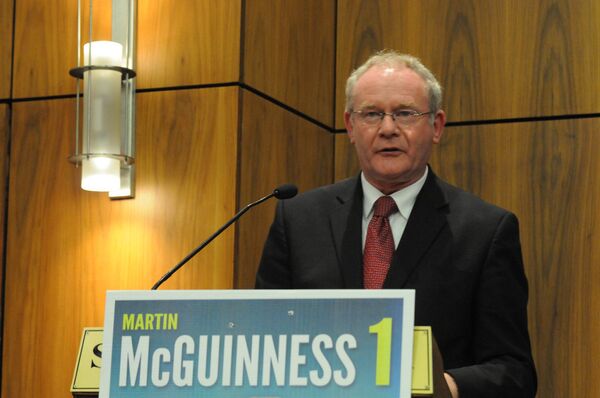 McGuinness' resignation has led to the automatic loss of office of Foster as First Minister.

If Sinn Fein fails to nominate a replacement for McGuinness — which he says it will not — and seven days passes with no agreement, the UK Northern Ireland Secretary, Brokenshire — a member of cabinet at Westminster — must call an election, which could happen as soon as March.

McGuinness' resignation was down to a huge controversy over the botched Renewable Heating Incentive (RHI) — a scheme to promote the use of renewable energy which has ended up, costing taxpayers US$486 million — which was originally set up by Foster, when she held the energy portfolio.

​However, in his resignation letter, McGuinness said the reasons ran far deeper.

"The refusal of Arlene Foster to recognize the public anger or to exhibit any humility in the context of the RHI scandal is indicative of a deep-seated arrogance, which is inflicting enormous damage on the executive, the assembly and the entire body politic," he wrote.

The constitutional crisis threatens to reopen old wounds and could lead to the collapse of the power-sharing agreement and the Executive. All parties in Northern Ireland are being urged to begin talks to reach a compromise, but Sinn Fein says it will not play ball.

In the event of no agreement, which triggers an election, it will cause a political storm — not least because most people in Northern Ireland voted to remain in the European Union in the referendum June, 2016, which resulted in the UK as a whole opting to leave.