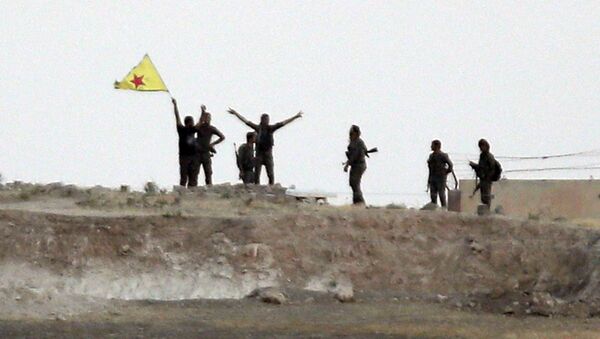 On December 27, Turkish President Recep Tayyip Erdogan said Ankara had photo and video evidence of the US-led coalition support for the Kurdish Democratic Union Party (PYD), as well as its military wing YPG, and Daesh, outlawed in many countries including Russia.

“I do not believe that the new administration of President Trump will repeat the mistakes of the previous [US] administration towards Turkey. We look to the United States to extradite Fethullah Gulen to Turkey and to halt cooperation with the terrorist organization YPG,” Cavusoglu told foreign ambassadors at a conference in Ankara.

Turkey considers the PYD and the YPG to be affiliated with the Kurdistan Worker's Party (PKK), which is designated as a terrorist group in Turkey and the United States.

The US-led coalition of more than 60 nations has been conducting airstrikes against the Islamic State in Syria and Iraq since 2014. The strikes in Syria are not authorized by the government of President Bashar Assad or the United Nations Security Council.