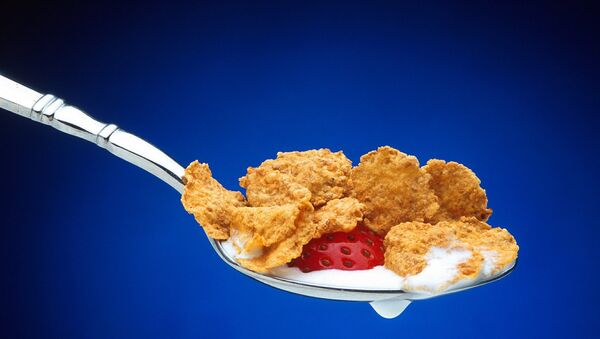 © Photo : Pixabay
Subscribe
International
India
Africa
Amazon and other US online grocery shops will now accept food stamps for SNAP, a state-administered but federally-funded program for needy families, among fears regarding a significant administrative reshuffle under Donald Trump.

Trump: Obama Put Nearly 12 Million More Americans on Poverty Food Stamps Program
The US Department of Agriculture launched a two-year pilot project to test how SNAP food stamps, a quasi-currency issued by the US government to support those in dire need, will perform in online grocery stores, including Amazon and FreshDirect. The pilot program will take place in seven states, both in urban and rural areas.

"Online purchasing is a potential lifeline for SNAP participants living in urban neighborhoods and rural communities where access to healthy food choices can be limited," Department of Agriculture Secretary Tom Vilsack said in a release. "We're looking forward to being able to bring the benefits of the online market to low-income Americans participating in SNAP."

According to Vilsack's department, the retailers selected for the pilot "represent a variety of store types, including national online retailers as well as large grocery chains and smaller, regional networks to appropriately test online SNAP purchasing in different settings."

According to the release, the USDA will also evaluate whether local or national services work better for SNAP families, as well as testing various payment methods.

The pilot program comes amid fears that the incoming presidential administration will order a major overhaul of SNAP, splitting the $74-billion federal program into so-called block grants, state-managed fixed allotments of annual funding, that could be optimized toward specific needs.

Scottish Amazon Workers Sleeping in Tents, Facing 'Intolerable' Work Conditions
The SNAP program has opponents and advocates. Those opposed to food stamps, such as Republican House Speaker Paul Ryan, claim that the program encourages people to avoid work. Opponents also point out that there is the possibility of fraud and trafficking in benefits. According to a 2012 Department of Agriculture report, SNAP fraud was estimated at some $858 million.

Defenders of SNAP say an overhaul would prevent the program from being able to efficiently react to disasters, including the 2013 flood in the Chicago area, according to the Chicago Tribune.

According to Ryan spokeswoman AshLee Strong, any directives regarding a SNAP overhaul are pending with the incoming administration of President-elect Donald Trump.

"These are very active conversations with the incoming administration," she said.

Regardless of whether a structural overhaul happens, the budget plan approved by the House Budget Committee in March will cut SNAP funding by $150 million over the next 10 years, according to the Center on Budget and Policy Priorities think-tank.

According to CNBC, there are some 44 million Americans who receive assistance via the SNAP program. Last year, the average benefit each person received was about $125 per month.