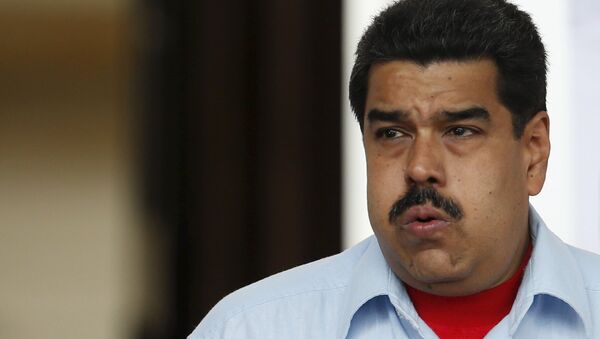 MOSCOW (Sputnik) — Maduro has announced a 50-percent hike in the minimum wage and pensions amid increasing inflation rate.

"To start the year, I have decided to raise salaries and pensions… Fifty percent [increase], I mean that pensions and minimum wage will account for 40, 638 bolivars [$4,070] since January, while minimum composite income will reach 104, 358 bolivars [$10,451], with 63,720 bolivars [$6,382] allocated for the purchase of the basic food basket," Maduro said Sunday on his weekly TV and radio program.

This is the fifth minimum wage increase over the last year.

"In times of economic war and mafia attacks… we must protect employment and workers' income," Maduro said.

Why Venezuela's 'Bolivarian Revolution' Is Now Teetering on the Brink
He stressed that the minimum wage increased by 536 percent, compared to January 2016 data.

In January 2016, Maduro declared an economic emergency in Venezuela. The announcement came two days after Venezuela’s oil price dropped to $24 a barrel, the lowest mark in 12 years, while up to 96 percent of Venezuela’s budget depends on oil revenues. In February, Venezuela's annual inflation rate passed the historic 180-percent mark in 2015.

According to the International Monetary Fund, 2016 inflation rate in Venezuela could be over 700percent, while its GDP could drop by some 10 percent.