Why Unconditional Basic Income is Both 'Nightmare and Great Promise' 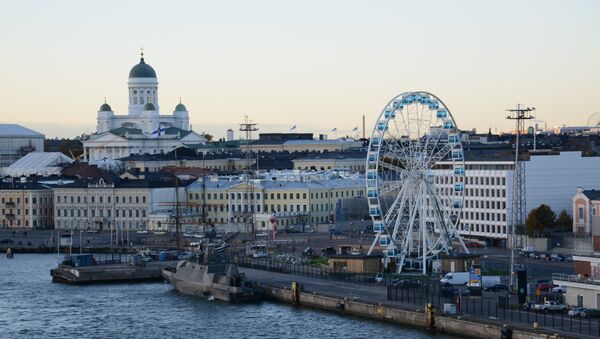 Finland is testing the universal basic income (UBI) policy in a bid to boost employment as the country is slowly recovering from recession. Professor Olli Kangas told Radio Sputnik that the two-year-long experiment is meant to provide evidence that will show whether this strategy is a blessing or an additional burden.

"We had to start from somewhere. The budget that we had at our disposal was rather limited. It meant that at best we could [cover] 2,000 persons. And we thought that the unemployed are the group that can be of interest from our perspective. If basic income is something that [encourages] people to take jobs, in this case unemployed persons are the best group to start with," Kangas, KELA's director of research, explained.

KELA is a Finnish government agency tasked with running the country's social security programs. The UBI initiative will see the government pay a guaranteed minimum monthly income of €560 ($587) to 2,000 people, aged between 25 and 58, in lieu of other social benefits.

The universal basic income (UBI) policy made headlines in 2016 when Switzerland put the issue up for a referendum. The public voted against the initiative.

"This is a very controversial issue politically," Professor Kangas noted. "For some groups it's a nightmare and for some it's a great promise."

Finland Unveils Universal Basic Income Scheme
It is hard to predict whether the test project will expand to a nationwide program since nobody can accurately predict which political force will be in power in Finland in the coming years, he said. But the current scheme is meant to gather evidence to make an informed decision on the issue.

"There are very strong arguments in favor and against. What we are hoping to get out of this experiment is to get some evidence, because arguments are just based on arguments and opinions, not evidence," he said.

Finland's UBI program is meant to cut government spending, but will not necessarily help.

"Microsimulations and calculations show that if the basic income will not increase employment rates, [the initiative] will be costly. If employment rates go up, in that case it's not that costly. We actually don't know what will happen and what the behavioral responses are. [The program will help us to] get some evidence on the behavioral effects."