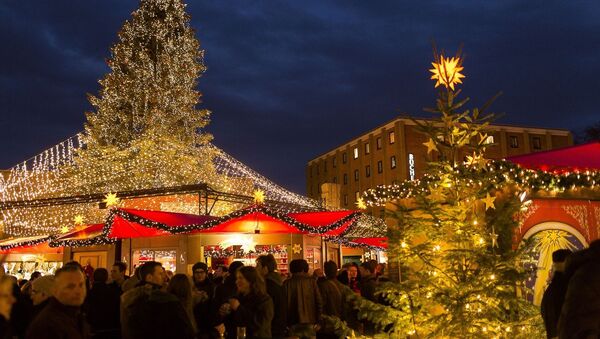 More than a half of German women believe that the country is not as safe for them as it has been before, a survey conducted by Emnid, public opinion research institute, revealed.

MOSCOW (Sputnik) — According to the poll, published Saturday in the Bild newspaper, 58 percent of German women consider visiting public places to become less safe for them than previously. At the same time, 31 percent of respondents did not notice any change in the safety level, while 10 percent of women said that Germany became even safer.

The poll revealed that almost half of the respondents prefer to avoid some places in their residence area late in the evening. Moreover, 16 percent of women carry a pepper spray with them, with many other considering to buy it.

German Police, Media Slam Fake Breitbart Story about Migrant Mob Burning Church
On 2016 New Year's Eve, hundreds of women in Cologne were robbed, threatened and sexually assaulted by small groups of aggressive men, mostly of Arab and North African origin. A total of 333 suspects have been identified with 87 being accused of sexual assault.

This year, German police said it stopped and questioned hundreds of people of North African decent during the New Year celebrations in Cologne.

Germany has been the key destination for thousands of refugees and immigrants coming to Europe since the start of 2015. Last year, the country registered over a million asylum applications, nearly five times more than the number registered in 2014, according to the interior ministry’s estimates.