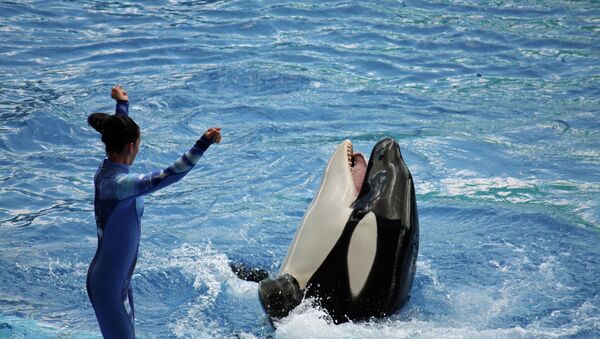 Seaworld announced on Friday the death of Tilikum, the famous killer whale who killed his trainer in 2010. The cetacean’s suspected cause of death was bacterial lung infection. Tilikum was 36, which Seaworld claims to be within the normal life expectancy of a male killer whale.

Seaworld announced on Friday the death of Tilikum, the famous killer whale who killed his trainer in 2010. The cetacean's suspected cause of death was bacterial lung infection. Tilikum was 36, which Seaworld claims to be within the normal life expectancy of a male killer whale.

"While today is a difficult day for the SeaWorld family, it's important to remember that Tilikum lived a long and enriching life while at SeaWorld and inspired millions of people to care about this amazing species," according to a an official Seaworld statement. Tilikum, who was born in the wild, was captured in 1983 and came to Seaworld in 1992 as a ten-year-old.

In 2010, Tilikum attacked his trainer, Dawn Brancheau, who was rubbing his head after a show. He pulled her underwater and violently buffeted her body in front of numerous eyewitnesses. Brancheau's spinal cord was severed, her scalp was removed, and her left arm was torn off in the attack. Her autopsy named drowning and blunt force trauma as the cause of death. Seaworld claimed that Tilikum may have mistaken the 40-year-old trainer's ponytail for a toy.

Brancheau's death spurred the creation of the 2013 documentary Blackfish, which detailed how Tilikum's capture, harassment at the fins of other captive orcas, and use as a breeding stud to sire 21 calves, all were extremely stressful experiences that the film stated were the root causes behind his aggression.

In an official statement, Seaworld called Blackfish an "inaccurate and misleading [exploitation of] a tragedy… [that] paints a distorted picture that withholds… key facts about Seaworld." They called the film "propaganda" and created a section of their website, Truth About Blackfish, dedicated to debunking claims and implications brought forward in the documentary.

In July 2014, Southwest Airlines announced an end to their professional relationship with Seaworld, under pressure from activists and the public. A month later, Seaworld stock dropped 33 percent. It has not recovered since.

Tilikum was involved in the deaths of three people. In 1991, Tilikum and two other orcas drowned Keltie Byrne, a 21-year-old marine biology student who slipped into their pool. Horrified visitors watched as Byrne repeatedly surfaced in an attempt to escape, only for the orcas to drag her, screaming, back underwater. Byrne's death led to the closing of the aquarium that housed him, at which point Seaworld acquired Tilikum.

In 1999, the corpse of 27-year-old Daniel Dukes was found draped over Tilikum's back. Dukes had snuck past security to visit the orca tank after Seaworld closed, and his body was badly injured. The medical examiner determined Dukes' cause of death was drowning.

There is controversy over Seaworld's claim that captive orcas live as long in captivity as they do in the wild. Blackfish cited the Vancouver Aquarium, which claims that orcas can live up to the age of 80 in the wild.