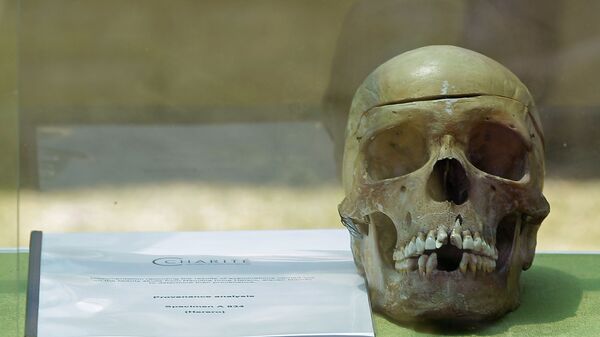 Descendants of two indigenous groups in Namibia have filed a lawsuit against the German government, seeking compensation for Imperial Germany's systematic campaign of genocide in the region that led to the deaths of 100,000 Herero and Namaquait people between 1904 and 1907.

The German authorities turned a blind eye to rapes by colonists of Herero and Nama women and girls during their occupation of the region.

Germany and Namibia have for many years discussed the prospect of Germany recognizing the genocide, but Berlin has so far refused to do so, much less pay reparations.

​The dispute relates to Imperial Germany's management of what was then South West Africa, which today is known as Namibia. The territory was granted to Germany in the 1884-85 Berlin Conference, and marked the young country's first foray into overseas imperialism. Around a quarter of lands belonging to the Ovaherero and Nama tribes were taken without compensation by German settlers, with the explicit aim of creating German colonies.

In 1904, the Herero and Nama people rebelled against the brutal colonial authorities. German General Lothar von Trotha said in a letter that the appropriate response was to "annihilate" the nation, or "if this was not possible by tactical measures, have them expelled from the country."

In the subsequent Battle of Waterberg, German military forces pushed many Herero and Nama fighters into the Omaheke Desert. The German military then constructed a 200-mile fence around the fighters, locking them in a highly arid environment in which they quickly died of dehydration. Remaining Hereros were rounded up and placed in concentration camps, where they were used as slave labour, and even experiment upon.

The aftermath of Battle of Waterberg was one of the darkest ever moments on the African continent. The Herero people almost became extinct. https://t.co/1mUWdCl0qa

​By 1908, 45% of the prisoners had died. The camps were eventually closed, and survivors were sold as slaves to German farmers. Estimates suggest only 15,000 Hereros in South-West Africa survived the campaign. A 1985 United Nations report referred to the events as "the 20th century's first genocide."

​According to the complaint, Germany has excluded plaintiffs from talks with Namibia regarding what occurred, and publicly said any settlement will not include reparations to victims, even if compensation is awarded to Namibia itself.

"There is no assurance that any of the proposed foreign aid by Germany will actually reach or assist the minority indigenous communities that were directly harmed. There can be no negotiations or settlement about them that is made without them," said the plaintiffs' lawyer Ken McCallion in a statement.

In June 2016, a Turkish MP from the ruling Justice and Development Party introduced a bill to parliament that sought to recognise the genocide, in response to Germany's recognition of the 1915 genocide of Armenians by the Ottoman Empire.

"First you need to answer for the Holocaust, then for the murder of 100,000 people in Namibia," Turkish President Recep Tayyip Erdogan is reported to have said.