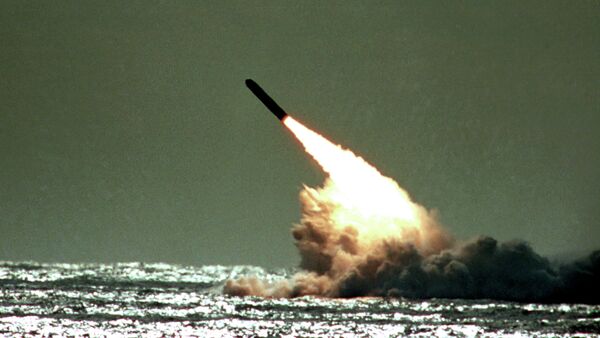 The Pentagon Under Secretary for Defense for Acquisition, Technology and Logistics, Frank Kendall, has officially signed off on a top-priority $125-billion Navy program to buy 12 sophisticated, nuclear-capable submarines.

Specifically, a recent "continuing resolution," or partially-annualized budget, passed by the Senate in late 2016, authorized the use of $773 million to go toward the program. Kendall’s decision makes that procurement official.

The Columbia-class underwater ballistic missile warships are poised to begin construction in 2021. The 171 meter submarines use a slew of propulsion mechanisms, including nuclear, a turbo-electric drive, and a pump-jet. The submarines can be equipped with 16 Trident D5 submarine-launched ballistic missiles. Trident D5s are reported to  allow US and UK navies to achieve nuclear deterrence with fewer submarines and are said to be almost as accurate as land-based ballistic missiles. Submarines are a vital component to the US Navy’s strategic nuclear force, according to the Pentagon, amplifying the significance of the approval of a top-priority US Navy weapons program.

"Without that $773 million, we’d still be twiddling our thumbs," US Representative Joe Courtney, ranking member of the House of Representatives subcommittee on seapower and projection forces, said, following Kendall’s move. Part of the $125-billion program includes approximately $30 billion in expenses dedicated to research and development for the US Navy’s next-generation Columbia-class nuclear submarines. The finished project will coincide with the phasing out of the US fleet’s previous Ohio-class submarines.

Outgoing US Defense Secretary Ashton Carter previously lambasted the US Congress for its failure to pass an adequate, full-year budget, which in 2013 caused a temporary federal government shutdown. The continuing resolution puts military commanders in a "straight jacket,"Carter said in a Congressional Research Service brief. These types of budgets from the US Senate hinder the Pentagon’s capacity to "keep pace with complex national security challenges," he added.