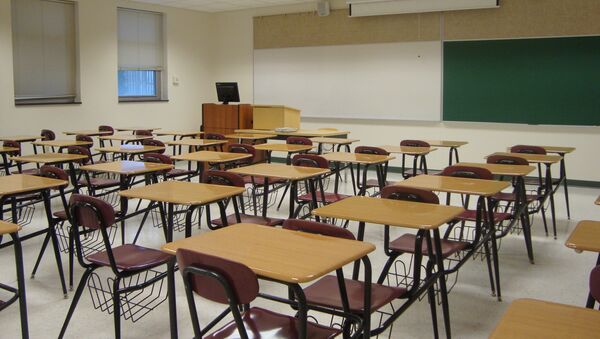 The deputy mayor of Six-Fours-les-Plages in France is facing criticism after sending local police to an elementary school to protest the addition of Arabic to the school’s language curriculum.

Jean-Sébastien Vialatte confirmed that he sent police to the Reynier primary school twice in November 2016 to alert school officials that he was opposed to having the language taught. The mayor claimed that he was told that students were being forced to take Arabic classes.

The battle between Vialatte and the school came to light after a lawyer handed over court documents from a failed lawsuit by the council to stop the classes, and those documents were released to the media.

In September 2016, a parent with a child attending Reynier shared an image on Facebook claiming that the Arabic classes were mandatory. The post sparked immediate outcry and backlash from both lawmakers and parents.

Yasser Louati, a French Muslim activist, said the backlash was representative of the “normalization of state-sponsored racism,” the International Business Times reports.

“Sending the police to make sure an Arabic class isn’t held shows how much hate government institutions can express for Arabs. In 2015, we had cases of primary school children being humiliated, assaulted, and even taken to the police by their teachers,” Louati said. “Then we had school girls being barred from school for wearing a long skirt or the prohibition of substitute meals for Muslims and Jews.”

Islam has become controversial in France, where the ranks of the Muslim population have been increased with the addition of many immigrants, and terrorist attacks have shaken the public. The nation sparked global debate after banning women from wearing face veils in public, and children wearing headscarves to school. Also banned was the “burkini,” a full-body and face covering swimsuit. While some argue that the clothing is a symbol of female oppression, others argue that a woman must be allowed to wear whatever garment suits her lifestyle.