'Win-Win for Both': Charcoal to Be First Cuban Export to US Under Historic Deal 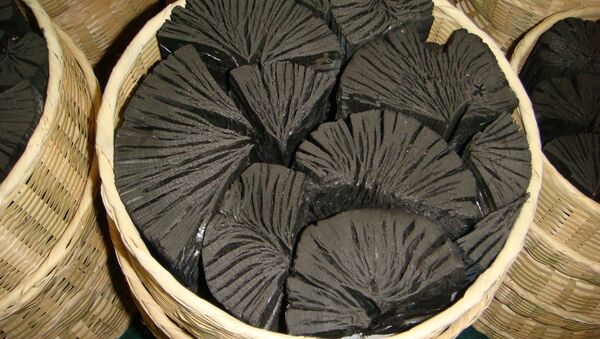 © Photo : Pixabay
Subscribe
International
India
Africa
Cuba's state-run company Cuba Export and US-based Coabana Trading LLC have signed an agreement to deliver charcoal to the US - a truly breakthrough deal as it becomes the first Cuban export to the US since President Kennedy's embargo ended trade between the countries in the early 1960's.

MOSCOW (Sputnik) — A Cuban-produced product will be exported to the United States for the first time in more than 50 years, as a result of a charcoal delivery agreement signed on Friday between state-owned Cuba Export and US-based Coabana Trading LLC, the chairman of the parent US company Reneo announced in a statement.

"Now US consumers will be able to purchase this product, as Europeans and others have for many years … this marks the beginning of a new era of trade between the United States and Cuba. This is a perfect example of a win-win for both our countries," Scott Gilbert announced.

From 1961 until December 2014, relations between the United States and Cuba had been frozen. In 2014, US President Barack Obama and Cuban leader Raul Castro announced the beginning of the process of normalizing relations between their countries following an agreement that was secretly negotiated with the help of Canada and the Vatican.

World
Fidel Castro's Funeral in Cuba (VIDEO)
On April 11, 2015, Obama and Castro met at the Summit of the Americas in Panama, which marked the first meeting between the leaders of the countries in 50 years. In March, 2016, Obama visited Cuba, marking the first visit to Havana by a sitting US president in over 85 years.

US President-elect Donald Trump has threatened that the United States will undo any "deal" that Washington has made with Havana if Cuba fails to take steps to improve the lives of its people. According to a survey conducted by the Moscow-based PR firm Rose Marketing, Cubans made an average of just 25 US dollars per month in 2015, according to the Miami Herald.