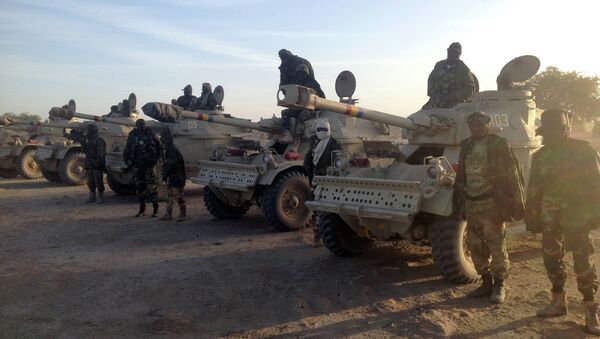 On Thursday, the government of Chad announced a military operation along its border with Libya amid threats that Islamist militants from the Libyan city of Sirte may attempt to flee into the central African country, Reuters reports.

Confirming that the border between Chad and Libya has become "a zone of military operation," Chadian Prime Minister Albert Pahimi Padacke said that "some isolated…groups have converged toward the south of Libya, that is to say on the northern border of our country, which is potentially exposed to a serious threat of…infiltration."

"With these two decisions, the government intends to stop any eventuality that could trouble the calm of our populations in these regions, and threaten peace inside our border," Padacke noted.

Nearly 1.8Mln People Displaced Across Nigeria Amid Insurgent-Driven Violence
Last month, the Government of National Accord (GNA), the largest of several warring factions in war-torn Libya, announced the complete liberation of the city of Sirte from Daesh forces. The city on the Mediterranean coast had been captured by the terrorists in 2014, with UN-recognized GNA forces starting an operation against them in May, 2016. Many of the terrorists are thought to have fled into eastern and southern Libya.

Chad already faces problems with radical Islamist militants in its southern border regions. The country's army has been fighting Boko Haram, a brutal group affiliated with Daesh, which originated in Nigeria, but has since spread to areas in Chad, Niger, and northern Cameroon. Chad's military plays a major role in the regional effort to push back and eliminate the Boko Haram terrorists.

Libya descended into chaos in 2011, when a NATO-supported insurgency overthrew long-time leader Muammar Gaddafi. The war that followed has resulted in a number of militant and tribal groups vying for power, with some observers suggesting that Libya has effectively ceased to be a country. 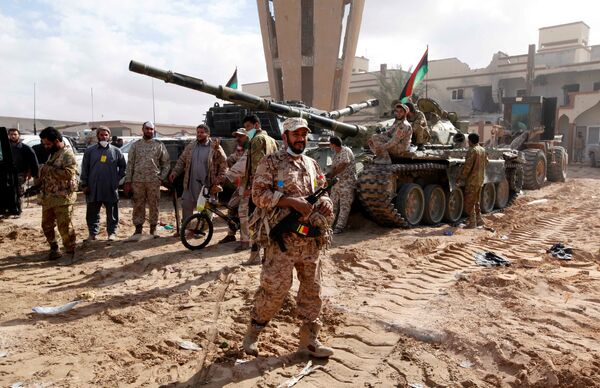 Libya and Chad have faced a series of sporadic clashes between the late 1970s and the late 1980s, with Libya on one side, and France, the US and Zaire (now called the Democratic Republic of the Congo) on the other all vying for control of the central African country. Between 1986 and 1987, the two countries fought the so-called Toyota War, which resulted in Libyan forces getting expelled from Chad. Libya was then forced to cede the Aouzou Strip, a 114,000 square km strip of land rich in mineral wealth. In 1994, Libya completed its withdrawal from the area, and relations were normalized.