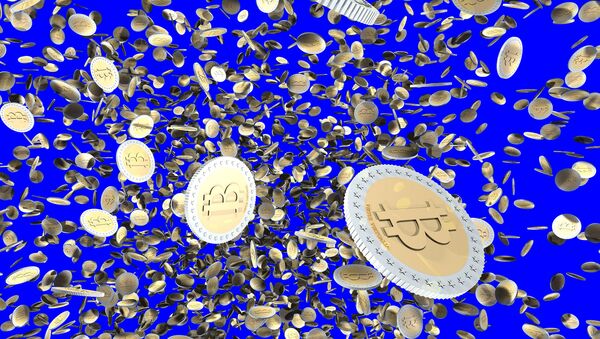 The digital currency bitcoin started 2017 in high spirits when it surged past the US$1,000 mark for the first time in three years. Already it has doubled in value since last year.

The increase in the price of bitcoin has signified the allure of the cryprocurrency — it is seen as a safe haven that may offer vindication to policy makers who have always been in favor of the digital currency. In addition to this, the total market capitalization of cryptocurrency also reached an all-time high in January 2017 and now exceeds 16,1 billion dollars.

Bitcoins beat every other currency, stock index and commodity contract as an investment in 2016

However as it began to grab headlines, other countries were not as impressed. Bolivia banned it outright and claimed it was a "danger" to existing currency.

Analysts believe that there are a number of factors that could have caused the rise in bitcoin prices.

Radoslav Albrecht, who is the founder and CEO of Bitbond, a peer-to-peer lending platform for bitcoin users, said that countries such as China and Venezula had caused the sudden surge in price.

"There are a couple of factors that are obvious. There is a level of demand from China, because of capital transfer restrictions and speculation. The Chinese market is speculative and that is one driver to look at," Mr. Albrecht told Sputnik.

​"Also the demand coming from stumbling economies like Venezuela and other economies from Latin America, where you can clearly see that transaction volume going up month over month. Then there is also the self-reinforcing effect, the media is talking about the price increases and that is driving the pricing we are seeing," Mr. Albrecht said.

However, the question of how safe bitcoin is as a currency has also been raised.  Mr. Albrecht believes that we are still far away from saying that bitcoin is a safe investment, as it is still quite volatile.

"If you look at the last 24 hours where we have seen a drop from a three year high, bitcoin is far off from being a safe currency. But if you look at the trends you will see an upward trend in price. There is still open questions as to how bitcoin will scale as a payment network. It is a convenient one, as you can access it from the internet and you don't have to ask anyone for permission, but still not safe."

"Bitcoin can never be used as a currency,it's to volatile" meanwhile in Venezuela the currency just goes straight down pic.twitter.com/DTpHVpSi2F

Bitcoin however, has not always seen these high prices, the movement of the currency over the years has changed, starting out quite reasonable and now increasing.

Mr. Albrecht said that the fluctuations in bitcoin over the years have been caused by a number of factors, one of which was the sudden media attention that it got as well as the US government, who started to be interested in the crycoptocurreny and as a result had discussions with experts from the bitcoin scene.

"[All of] this caused the price to go up over US$1,000 in 2013 and then it dropped. There was certainly a bubble aspect to that. Also people were buying bitcoin and didn't really know what it was and they didn't understand the technology, so it dropped in price and then when it rose in price people want to cash in on their profits and start selling and the bubble deflated."

​​"I think the price increase that we had over the last three years was more fundamentally driven. If you look at the number of transactions being conducted on the bitcoin network every day, three years ago it was around 40,000 and now around 300,000, so some factors changed since then, which means that the price today is more stable then back then when it crashed," Mr. Albrecht told Sputnik.

The sudden surge in the price of bitcoin is seen as an astonishing U-turn. However, the sharp fall that followed may cause investors to act with caution around the currency, that is still considered volatile and unsafe by some.