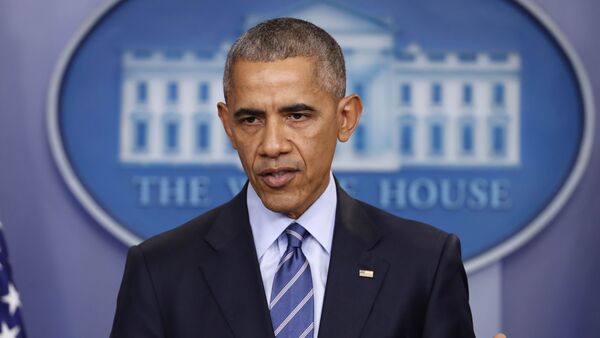 Outgoing President Barack Obama has received the report put together by the US Intelligence Community regarding purported evidence that led officials to conclude that Russia attempted to interfere in the US election, White House spokesperson Josh Earnest said in a press briefing.

"The White House does have the report and President Obama is being briefed on it," Earnest said in a press briefing Thursday.

Recently, the FBI and Department of Homeland Security issued a Joint Analysis Report indicating that a slew of alleged IP address used to hack the DNC and John Podesta's email were actually just Tor exit nodes.

Republican President-elect Donald Trump is also scheduled to get access to the full brief on Friday. Earnest indicated Obama is unlikely deliver a "formal response" immediately following the session.

On Thursday, members of the intelligence community, including infamous NSA liar James Clapper, met with the Senate to discuss the allegations of Russia's involvement with the recent elections, but no hard evidence emerged that was not already public knowledge.

The news, which somewhat surprisingly was not really news since intelligence officials produced no smoking gun proof, included South Carolina Senator quipping that the US should "throw rocks" at the Kremlin. Despite dramatic media attention surrounding the event, officials did not do much more than circulate hyperbolic, unsubstantiated claims through an echo-chamber.