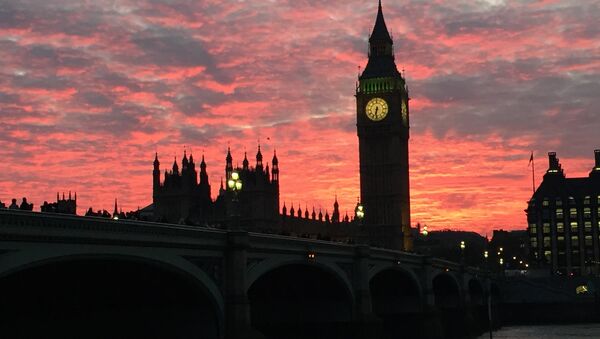 © Photo : Pixabay
Subscribe
The UK Treasury predictions of what impact Brexit would have on the economy were "flawed" and motivated by political bias, according to a damning new report. The Centre for Business Research at the University of Cambridge, claims that leaving the EU will halve net migration, give British workers a pay rise and help to solve the housing crisis.

The Brexit referendum in the run-up to the historic June 2016 vote was bitter, divisive and at times, wildly speculative.

What many assumed was the winning side for much of the campaign — Vote Remain — chose to focus much of it's efforts on emphasizing the dangers to the British economy, if the UK chose to leave the European Union.

People on the other side of the fence insisted that many of these dangers, that international banks and businesses would abandon the UK, and that the FTSE would tank, were being hyped up. They called it 'Project Fear.'

Fast-forward six months and indeed, though the UK did vote to exit the EU, the British economy has been far more resilient than expected.

Supermarkets are absorbing costs of fall in £ and slashing prices to remain competitive.

Looks like Project Fear got it wrong, again… pic.twitter.com/upMh0YzFHe

​The Centre for Business Research at the University of Cambridge has compared predictions by the Treasury before the Brexit vote to what has occurred since.

Their report is damning. Not only did Treasury officials kae what the report's authors call a pessimistic line, but they were motivated by political manoeuvring.

"We have looked very carefully at what the Treasury has said about this and we find its work very flawed and very partisan," the report found.

Unsurprisingly, this assessment has been welcomed by Vote Leave campaigners.

#ProjectFear was pack of lies,
designed to put the Fear of God into you so you would vote REMAIN
Well done to us Brits for seeing through it https://t.co/rDKATZnJFR

​The Centre for Business Research suggest that Brits can look forward to a whole raft of benefits from exiting the EU.

Average earnings are forecast to rise by more than 2% a year, partly down to expected lower levels of migration after Brexit.

The report also predicts that house prices will become more affordable for people on lower incomes.

However, it's not all good news.

The academics focus on the harm from the continuing political uncertainty over what deal the UK will end up with after years of wrangling with EU bureaucrats.

They suggest that business investment will fall by between seven and 15% from 2017.

However, if the UK is able to lock down a deal by the end of 2019, the report suggests that these falls will "diminish from 2019 once the UK leaves the EU."

Prime Minister Theresa May is expected to trigger Article 50 — the mechanism that will start official UK-EU negotiations — in March 2016.

​She has yet to outline what her key priorities for the UK will be.