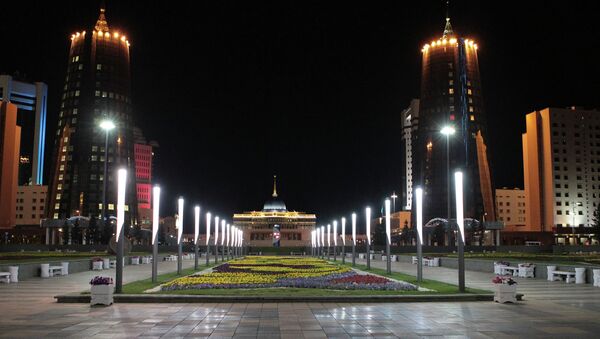 The success of the upcoming Syrian peace talks in the Kazakh capital of Astana depends on whether the US-led coalition is willing to attend, a senior Russian lawmaker said Wednesday.

MOSCOW (Sputnik) — Talks between the Syrian government and moderate opposition groups are scheduled for late January. They have been supported by the UN Security Council, which includes both Russia and the United States.

"Now everything will depend on how the US-led coalition will react to the invitation. If they choose to scrutinize every Russian initiative, like they did before, and if they refuse to attend, progress will be called into question," Viktor Ozerov, the head of the Russian parliamentary security committee, told RIA Novosti.

A nationwide ceasefire came into effect in Syria last Thursday, with Russia and Turkey agreeing to be its guarantors. Radial groups – Daesh, al-Nusra Front (JFS) and the Kurdish popular protection units (YPG) – are not part of the deal.