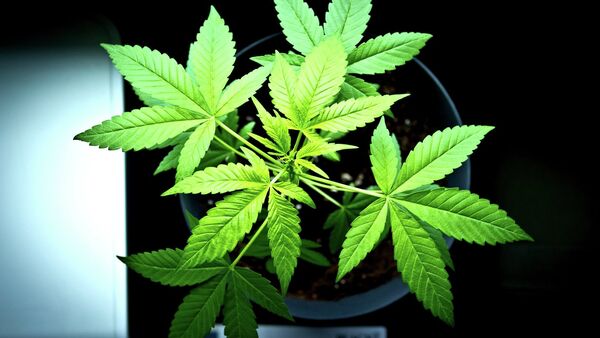 © Flickr / Sean Douglas
Subscribe
The owner of a pizzeria in Holon, Israel, was indicted Tuesday for delivering pizza to a local police station that had been laced with illegal synthetic pot.

The Tel Aviv Magistrate's Court heard that police officers from Tel Aviv District Police working on the night shift were hospitalized in May 2015 with food poisoning after eating a pizza ordered from the nearby "La Dolce Vita" restaurant.

Medical Marijuana Laws Linked to Lower Traffic Fatalities
While making an order by phone, one of the officers told the pizzeria owner that he was free to pepper the pizza with a topping of his choice. When the pie arrived, he shared it with fellow officers, not knowing that it contained synthetic pot.

Shortly after eating the pizza all three officers began to feel sick with symptoms including dizziness, vomiting and hallucinations, and had to call an ambulance.

The police got suspicious and visited "La Dolce Vita" a few days later to question the owner on the accident. Reports detailed that 30-year-old Simcha Abazov immediately confessed that he used a synthetic form of marijuana known as "Mr.Nice Guy" as a topping, instead of oregano.

"I knew the order was placed by police officers. But the officer who called in the order seemed cool — plus he told me to add whatever toppings I wanted." Abazov said.

Marijuana Leggings for Toddlers Outrage Parents
According to the indictment, Abazov purchased the drug from two unidentified men at the kiosk next to his pizzeria at the time he received the order.

Abazov was charged with causing others to ingest poison with intent to harm, implying that he faces a maximum three-year jail sentence.

According to Mickey Arieli, the director of the pharmaceutical-crime unit of the Israeli Ministry of Health, synthetic drugs can be much more harmful to humans than the natural materials they are intended to imitate.

"Synthetic cannabinoids, for example, consist of the same receptors as THC in marijuana, but are 40 times more powerful and at times even more than 40 times stronger," he told Haaretz.

In 2011, "Mr. Nice Guy" and other popular synthetic drugs meant to mimic the effects of cannabis, was banned in Israel.

000000
Popular comments
I don't like cops that much, but that was really stupid. He should have made a great pizza and made some friends on the late shift at the police station.
jas
4 January 2017, 04:05 GMT
000000
If it had been the natural stuff I had to feel sorry for the guy who sprinkled the pizza, but that synthetic garbage is very unpleasant if over dosed I have heard and can be deadly if huge enough dose are ingested. Maybe the police broke some kind of "code word" and the pizza man believed they wanted it?