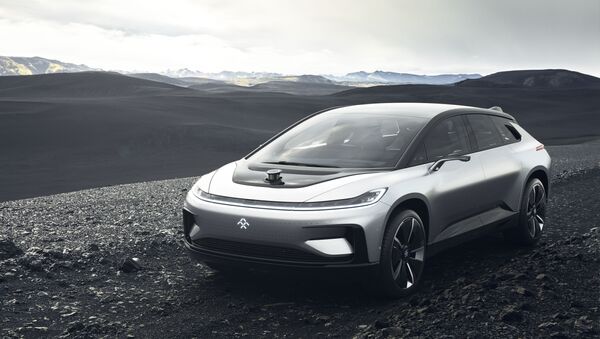 Electronic car company Tesla has competition and it comes in the form of the FF91 from startup organization Faraday Future, who have showcased their new vehicle at a press conference in Las Vegas, US in January.

According to the US company Faraday Future, the car — dubbed the FF91 — is a crossover SUV and features 130 kWh of battery energy.

​Consumers can reserve their vehicle on Faradays website by placing a deposit of US$5,000.

​​The release of this new electric car comes at a testing time for their main competitors, Tesla.

Entrepreneur and innovator Elon Musk andCEO of Tesla, reported at the end of 2016 that he and his company failed to deliver on their promise of 800,000 cars.

The company announced that it had only managed to deliver 76,230 Model S and Model X cars. As a result they saw a drop in their share price by more then two percent after trading opened on January 4.

​​The new car from Faraday also comes with many rival features to Tesla, such as the ability to learn the driver's preferences and to customize the experience.

The director of Faraday, Hong Bae, said that it will also have a self-driving feature that will allow it to park itself. This is also similar to that of Tesla, which has the ability to self-drive.

The company showcased its autonomous tech by having the FF91 park itself during a live demonstration. However, LA-based company Faraday Future, which is being backed by Chinese firm LeEco, have hyped the arrival of the FF19 for several months now and similar to Tesla have been gripped by production issues.

In November 2016, they had to halt manufacture of the FF19 as LeEco was unable to pay one of their contractors.

Our #FF91 maximizes electric performance with its 0-60 time of 2.39s. That’s averaging over 1.1g. Or faster than gravity. #FirstOfTheSpecies pic.twitter.com/wVBkQHVfeA

However Faraday future claimed during their December 2016 press conference that they will be able to deliver on their production of the FF19 and it should start in 2018.