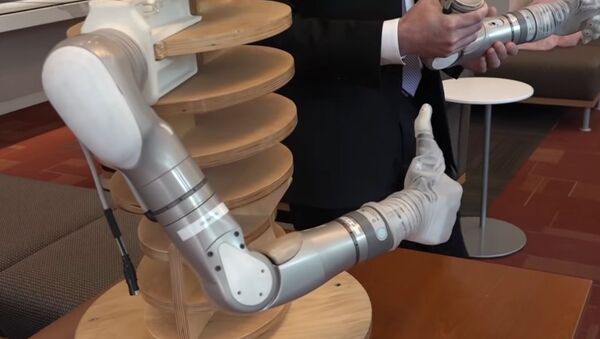 During a ceremony at the Medical Center in Bethesda, Maryland, DARPA’s Biological Technologies office director, Justin Sanchez, presented the arms, saying, "We are delivering to Walter Reed the world's most advanced prosthetic arm system that has the same size, weight, shape and grip strength compared to an adult human arm… It's a remarkable device." according to NextGov.

​The defense group debuted the arms at Walter Reed so that they could be used by wounded veterans, before making them commercially available.

Sanchez stated, "The commercial production and availability of these remarkable arms for patients marks a major milestone in the [DARPA] Revolutionizing Prosthetics program and most importantly an opportunity for our wounded warriors to enjoy a major enhancement in their quality of life…and we are not stopping here."

Sanchez added that DARPA intends to continue developing bionic limbs to the point that they can be directly connected to human central and peripheral nervous systems.

The "Life Under Kinetic Evolution" arm, named after the Luke Skywalker character from the Star Wars films, was developed to improve mobility and increase independence in amputees. Sanchez pointed out that the prosthetic has the same weight, size, shape, and grip strength as a human arm.

The arms will also be the first FDA approved, commercially-available prosthetic limbs, and the first major innovation in prosthesis since the early 1900s.

Colonel Jeffrey Bailey, surgery director at Walter Reed said, "Connecting the dots, all the way from the dirt, where a patient is injured and their life is saved, through a continuum of care that starts with acute care and eventually ends up with rehabilitative care, and then being able again to deliver that person back to a life that is meaningful to them is really, at the end of the day, what we all strive to do."

Much of the technology of the LUKE prosthesis was originally conceived by Dean Kamen, inventor of the Segway scooter.