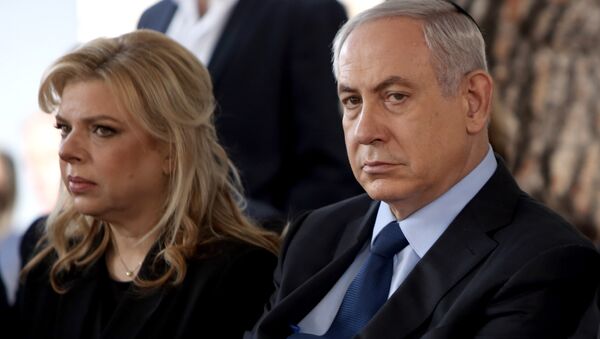 Israeli anti-corruption police interrogated Prime Minister Benjamin Netanyahu for three hours under caution at his official residence in Jerusalem on December 2, on suspicion he accepted illegal gifts from businesspeople totaling hundreds of thousands of dollars.

The move to question the Israeli leader is reported to have been authorized by Attorney General Avichai Mandelblit, who decided after a preliminary nine-month long inquiry there was sufficient evidence to open a criminal investigation.

Key accusations are believed to have included Netanyahu accepting €1 million (US$1.1 million) from French fraudster Arnaud Mimran during his 2009 election campaign, questionable foreign trips taken between 2003 and 2005 when he was Finance Minister, and a major conflict of interest at the heart of a multibillion-dollar submarine purchase from Germany.

In the latter case, it has been suggested Netanyahu's personal lawyer, David Shimron, simultaneously represented German submarine manufacturer ThyssenKrupp at the time of the sale.

However, in a statement, Mandelblit said the nature of the investigation precluded him from providing full details.

"We will consider releasing more information from time to time according to developments," the statement said.

Commenting on the questioning on social media, Netanyahu condemned the "years of daily persecution" against him and his family, and said the investigations will turn up "nothing," and "there is nothing".

Netanyahu on his upcoming Police investigation: "Hold you horses. Don't celebrate yet. There will be nothing, because there is nothing"

​​He is also reported to have told a meeting of his Likud party that anyone anticipating his downfall may have to wait longer than they anticipate, and to "wait, don't rush" when it comes to "celebrations."

David Amsalem, an MP for Netanyahu's Likud party, published a statement published in Hebrew on his Facebook page, saying there was an "enormous army" in Israel, as well as "funding from abroad", doing everything possible to oust Netanyahu and bring a "left-wing agenda to power."

​Netanyahu's wife Sara was questioned by the same unit for nine hours in December 2016 on the subject of misused state funds. The questioning was motivated by statements made to police by Meni Naftali, former caretaker at Beit Aghion, the official residence for the Israeli head of state in Jerusalem. That February, Naftali won a settlement against the Netanyahus for 170,000 Israeli new shekels (US$43,000) for nonpayment of overtime wages and poor treatment.

Authorities also revealed at the time that Gil Sheffer, former Netanyahu chief of staff, had a sexual assault complaint lodged against him.

Netanyahu, 67, has been in power intermittently since 1996. He is currently in his fourth term, and will become Israel's longest-serving leader if he stays in office until the end of next year.

​Netanyahu is not the first leading Israeli politician to be questioned on 'graft' charges.

In 2006, his son Omri was convicted of corruption and served nine months in prison.

In a statement published on Facebook, Yair Lapid, leader of the centrist Yesh Atid party, said for the good of the country, he hoped the prime minister would be cleared.

"I wish for him and his family, and the State of Israel, that we uncover there was no fault in his behavior. If two Prime Ministers in a row fall from office because of corruption, it will be very hard to rehabilitate the public's trust," he said.