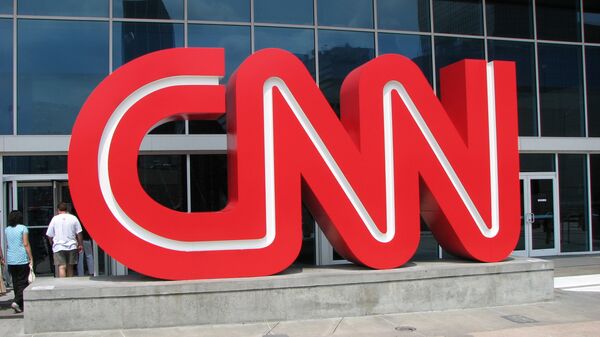 CNN was quickly mocked by Reddit users on a Fallout 4 subreddit, and later by pretty much everyone else, for using the image of a green screen with a series of random letters and words from one of the most popular games of the year.

“Well, they seem to cover all their bases by having the Matrix code as well creep down the screen at about 0.11 in,” a Redditor wrote.

WashPo's Story on Russian Hackers Accessing US Power Grid was Fake News
Images from the video game were featured both on CNN’s televised news and in an online article hilariously demonstrating what hacking looks like. In Fallout 4, players solve word puzzles in mini games to “hack” computers and unlock doors and safes, although there is nothing about the play of the game that resembles real-world hacking processes.

“Sorry pulling images of a video game and airing them as part of your hacking story is the definition of journalism fail. It's sensationalist (ooh look how those dastardly hackers operated) and completely unnecessary to report the actual story,” another Redditor commented. “An image of a stock computer could just as easily have accompanied this story, but that was obviously not flashy enough for CNN.”

As Alfred Ng wrote for CNET, it is highly unlikely that alleged Russian hackers used Pip-Boys, a game device within the Fallout play environment, to disrupt the US election.

In Fallout 4, player’s computers are not connected to the internet, as users are inserted into a post-apocalyptic city of Boston in 2287, and play as a “sole-survivor” of nuclear devastation.

CNN has since replaced the clip on their website, though it is still available on their YouTube channel.