Authorities of Australian Prison Teargas Over 70 Inmates to Stop Riot 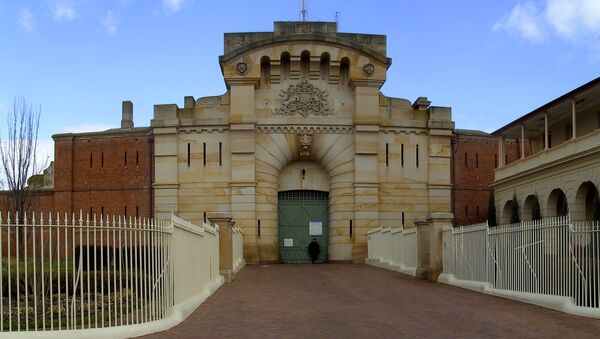 The administration of Australia's Bathurst prison located some 125 miles west of Sydney on Monday used tear gas against more than 70 prisoners to stop the riot, media reported.

Australia in Nauru Runs Open-Air Prison, Not Immigration Processing Center
MOSCOW (Sputnik) – The Guardian newspaper reported that the riot started at about 1:30 p.m. local time (03:30 GMT), after one inmate had allegedly hit a guard.

In order to tackle the unrest, the administration used tear gas to make the inmates leave the prison's unit, the media outlet added citing a spokeswoman from Corrective Services New South Wales.

According to the newspaper, the ringleaders of the unrest have already been isolated