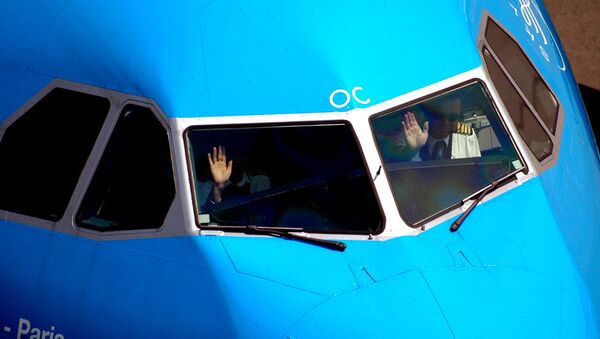 Police arrested a drunk Sunwing pilot as he prepared to take a planeload of people into the air December 31, the second drunk pilot arrested this week.

The most recent incident occurred shortly before 7 a.m. Saturday morning, when passengers and crew on a Sunwing flight bound for Cancun noticed the pilot behaving oddly as he boarded.

The suspect was the flight captain, Sunwings spokeswoman Janine Massey told media in an email. She commended the crew for their handling of the "very unfortunate matter."

"We can confirm that shortly before 7 a.m. local time, the gate agents, first officer and crew of Sunwing flight 595, departing from Calgary and destined for Cancun, determined that the captain was unfit to fly and reported this accordingly," Massey stated, Canada's National Post reports.

But the waning days if 2016 have gotten the best of more than one pilot. Earlier this week, passengers on an Indonesian Citilink flight became upset when the pilot's departure announcement was slurred and unclear. Some passengers left the plane and demanded a new pilot, NBC reports.

​The December 28 flight was headed from the city of Surabaya to Jakarta. A new pilot was assigned the flight, but many of the 154 passengers on board decided to cancel.

The president and the production director of the budget airline have stepped down as a result of the incident.