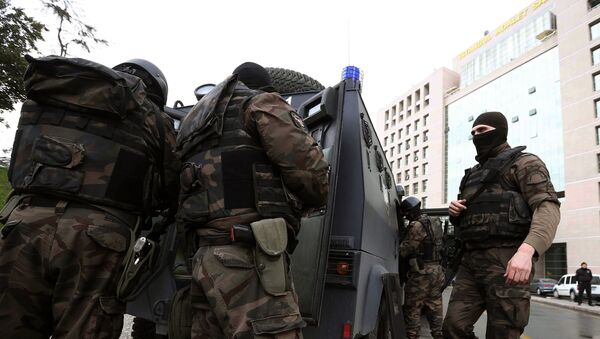 The Turkish Security Forces killed one of the leading militants of the Kurdistan Workers Party (PKK), who had been allegedly conducting attacks for some 20 years, local media reported Friday.

Turkish Security Forces Detain 508 People in One Week in Anti-PKK Operations
MOSCOW (Sputnik) – The security forces killed the militant identified as S.I., code-named Ozan, in the eastern Tunceli province as he tried to attack on a station of the Turkish forces, Anadolu news agency said, citing the General Staff's statement.

PKK is outlawed in Turkey as a terrorist organization.

Tensions between Ankara and the Kurds escalated in July 2015 when a ceasefire between Turkey and the PKK collapsed over a series of terror attacks allegedly committed by the PKK members.

Turkish authorities have imposed several round-the-clock curfews in Kurdish-populated towns in country's southeast, preventing civilians from fleeing the regions where the military operations are taking place.