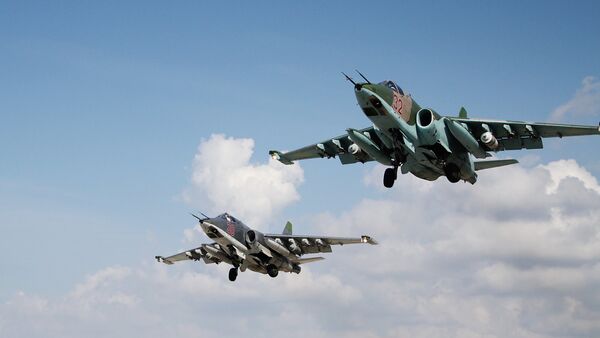 After brokering a ceasefire agreement between the Syrian government and opposition rebel groups, Russia bolstered Turkish military operations in the fight against Daesh, with three airstrikes around al-Bab.

The Turkish army and the Free Syrian Army (FSA) are tightening their grip on the Daesh-held city, FSA division commander Taha Atraç told Sputnik Turkey of the progress in the region. The Syrian commander expects al-Bab to be liberated "within the next few days."

One complication stalling efforts to overtake al-Bab is terrorists’ use of civilians as human shields, Atraç said. The human rights atrocity of mercilessly using citizens as shields is slowing Euphrates Shield efforts. “Without all these civilians in the town we would have seized the city a long time ago.”

Nevertheless, FSA’s 1,500 troops have advanced from the north, east, and west of al-Bab, to surround Daesh. The FSA and Turkey must monitor the south, where jihadists can funnel in reinforcements from the Daesh stronghold of Raqqa.

Turkey hopes to secure al-Bab for strategic purposes that extend beyond ousting Daesh, since capturing the city would stop Kurdish forces from claiming the city and unifying their territories.

On Thursday, a ceasefire deal took effect nationwide in Syria, but Daesh was not party to the agreement. Hence, Turkey has looked to Russia and the US-coalition in the region for backup reinforcements in the al-Bab theater. The US has been coy in supporting Turkey as Washington has backed the Kurdish YPG, a group that has long sought to create their own nation, independent of Ankara.

Turkey claims that some 1,171 Daesh fighters and 291 Kurdish troops have been killed since the Euphrates Shield operation began roughly four months ago.