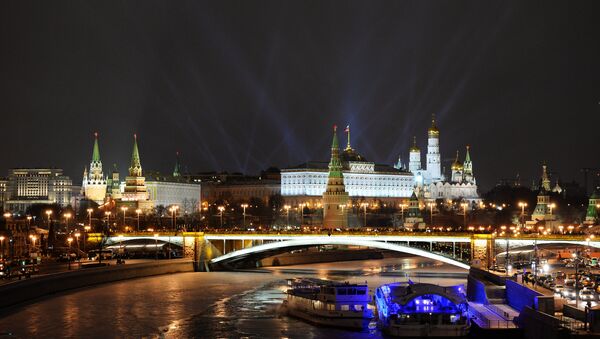 Russia’s Department for Presidential Affairs is preparing invitations for children of US diplomats in Russia to New Year celebrations in the Kremlin, a spokeswoman said Friday.

Putin Wishes Happy New Year to Trump, US Nation – Kremlin
MOSCOW (Sputnik) — President Vladimir Putin invited the children to a series of parties to ring in the New Year that are traditionally held at the walled government compound in the heart of Moscow.

"The Department for Presidential Affairs and the Foreign Ministry are going through required procedures for the children’s participation in celebrations to make sure they will have a good time if they decide to go," the Department’s spokeswoman Yelena Krylova told RIA Novosti.

This came in response to US media reports that a school attended by children of US diplomats faced a shutdown in retaliation for the expulsion of 35 Russian diplomats from the United States in the row over Russia’s alleged role in Donald Trump’s win. A Russian foreign ministry spokeswoman denied the school would be closed.